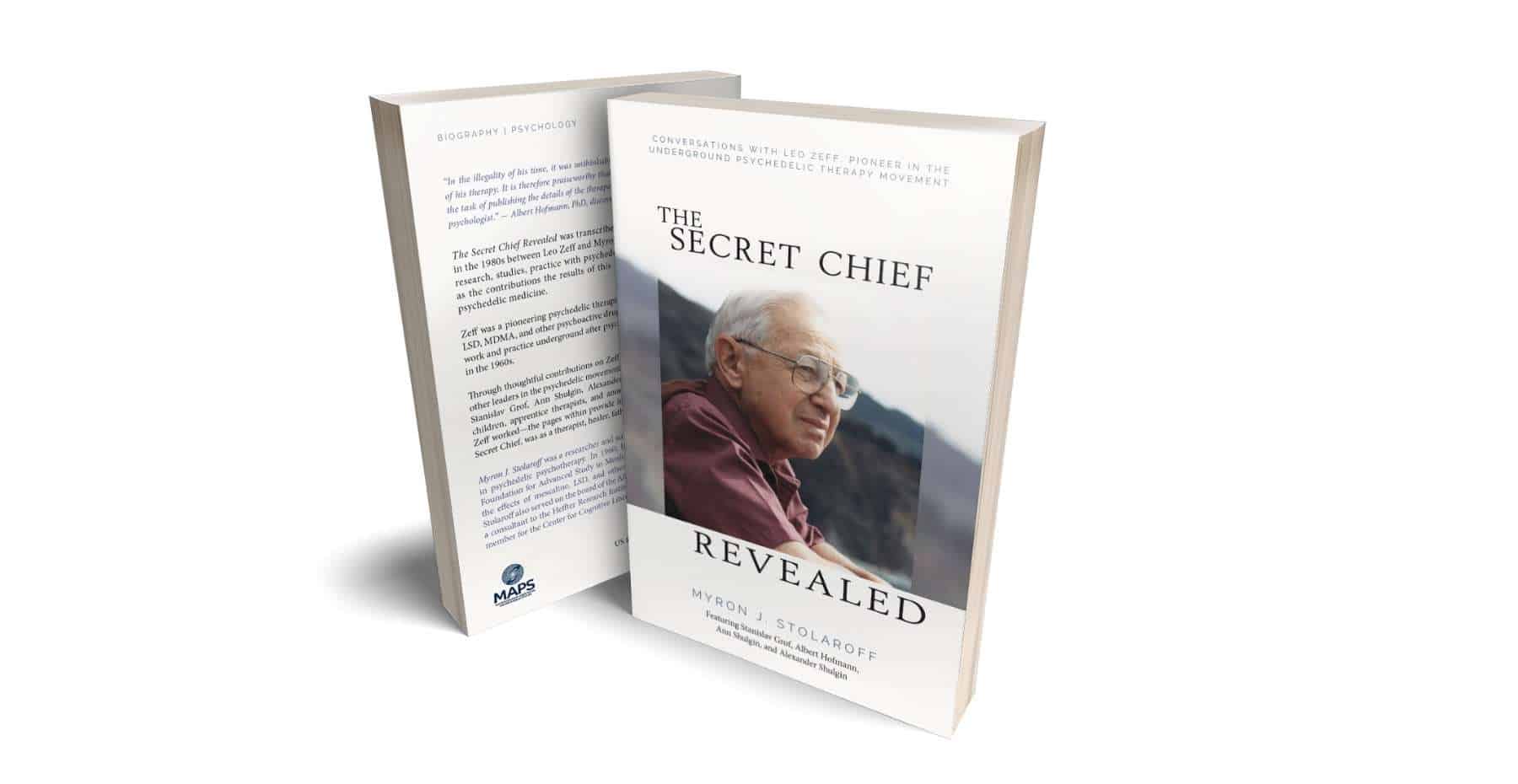 Revised edition of ‘The Secret Chief Revealed: Conversations with Leo Zeff, Pioneer in the Underground Psychedelic Therapy Movement’ to publish May 3, 2022

SANTA FE, N.M. — Synergetic Press and the Multidisciplinary Association for Psychedelic Studies (MAPS) are breathing new life into a classic book that details the work of an underground psychedelic-assisted therapy trailblazer. The Secret Chief Revealed: Conversations with Leo Zeff, Pioneer in the Underground Psychedelic Therapy Movement, revised second edition will be released on May 3, 2022.

The Secret Chief Revealed is an in-depth, first-hand account of Leo Zeff, Ph.D., a pioneering psychedelic therapist who conducted MDMA-assisted therapy sessions pre- and post-prohibition. Originally published by MAPS in 2004, The Secret Chief Revealed is written as a transcription of an interview conducted in the 1980s with Zeff about his research, studies, and practice with psychedelic-assisted therapy. The revised 2nd edition maintains much of the 2nd edition release, including thoughtful contributions from leaders and researchers in the psychedelic movement such as Albert Hofmann, Ph.D., a chemist, the inventor of LSD, and author as well as Stanislav Grof, M.D., a psychiatrist and founder of transpersonal psychology, LSD psychotherapy, and holotropic breathwork.

“I am thrilled that Leo Zeff’s wisdom and expertise are continuing to reach new audiences through this revised second edition of The Secret Chief Revealed,” said Rick Doblin, Ph.D., founder and executive director of MAPS. “The therapeutic use of MDMA was first pioneered by Leo Zeff in 1976, after a courageous career providing psychedelic-assisted therapy in underground settings. Leo’s contributions to psychedelic therapy and mentorship towards my study of the benefits of using MDMA as adjunct to psychotherapy, and sitting for me for several of my own psychedelic therapy sessions, had a critical, foundational role to the formation of MAPS.”

The Secret Chief Revealed, revised 2nd edition includes contributions in the form of sentimental, narrative-style tributes to Zeff, with notable words from Ann & Alexander (Sasha) Shulgin, renowned psychedelic researchers and authors of the how-to chemistry book, PIHKAL: A Chemical Love Story. Sasha Shulgin once called Zeff  “a most courageous and skillful psychologist, the person who effectively introduced MDMA into the medical arena of psychotherapy.”

“The Secret Chief is the story of a great man whose story has come due,” author and editor Tom Lyttle wrote of the original work. “[Zeff’s] influence on a great part of psychedelic thinking is unquestionable and seminal. Our laws must eventually loosen up regarding the uses of psychedelics in therapy …  Applause to Myron Stolaroff for bringing this story to light, and for revealing the hidden history of psychedelic therapy and its elders.”

This revised second edition of The Secret Chief Revealed contains corrected errata, updated links to sources cited in the 2004 edition, and a new design.

About MAPS: Founded in 1986, MAPS is a 501(c)(3) non-profit research and educational organization that develops medical, legal, and cultural contexts for people to benefit from the careful uses of psychedelics and marijuana. MAPS is sponsoring the most advanced psychedelic therapy research in the world: Phase 3 clinical trials of MDMA-assisted therapy for PTSD. Since its founding, MAPS has raised over $130 million for psychedelic and marijuana research and education and has earned both the Guidestar Platinum Seal of Transparency and a 4-Star Rating from Charity Navigator.

'The Bear is My Father' Book Launch Livestream Event

Now Available As Ebook: 'The Rose of Paracelsus: On Secrets and Sacraments' By William Leonard Pickard