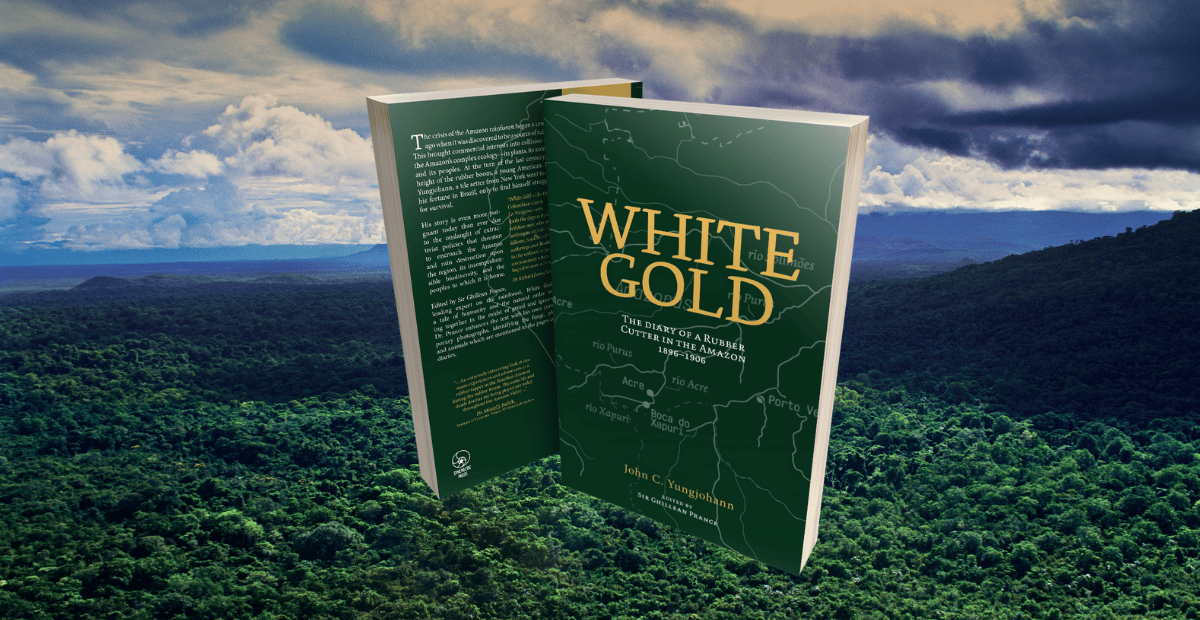 We are pleased to announce that White Gold: The Diary of a Rubber Cutter in the Amazon 1896–1906  is finally back in print! The book presents the diary of an American man named John C. Yungjohann who went to seek his fortune cutting rubber in the Brazilian Amazon. However, instead of encountering riches, Yungjohann found himself struggling for survival in the toilsome ten years he spent working as a rubber cutter.

Although somewhat dated in its language and expression, the book is of relevance today in that it offers a historical snapshot of the Brazilian Amazon which is undergoing rapid change due to ongoing environmental decimation.

Within his diary, Yungjohann writes in detail about the flora and fauna particular to the Amazon at that time as well as his encounters with the various Indigenous groups of the region. In particular, Yungjohann had extended encounters with both the Tupí and Yanomami peoples of which he relates their customs and traditions in detail.

The Rainforest and Its Peoples Under Threat

With the days of the rubber boom long gone, new trajectories of economic exploit now threaten the health of the Amazon rainforest and its peoples. Since Brazilian president, Jaír Bolsonaro, was elected in 2019, deforestation in Brazil’s Amazon has reached an all time high and is at its highest level since 2006.

This is largely because Bolsonaro’s government has taken action to expand Brazil’s powerful agribusiness sector, clearing away, and even deliberately burning, large swathes of rainforest in order to allocate more land to the production of beef and soya for international export. Even before starting his term as president, Bolsonaro stated that he planned to dissolve the Environmental Ministry and  merge it with the Agriculture industry, favoring the interests of those who have stakes in converting forest into farmland.

Recently the Amazonian Network of Georeferenced Socio-environmental Information (RAISG) conducted a study in collaboration with the Coordinator of Indigenous Organizations of the Amazon Basin (COICA) which suggested that the environmental destruction of certain parts of the rainforest “is so complete that swathes of the rainforest have reached tipping point and might never be able to recover.”

What’s more is that Bolsonaro’s policies are not only pro-business and anti-environmental, but they are racist and discriminatory against Indigenous peoples. In 2021, Indigenous groups filed a request with the International Criminal Court at the Hague to investigate Bolsonaro’s alleged crimes against humanity and Indigenous peoples, due to his failure to sufficiently protect Brazil’s Indigenous population from the COVID-19 pandemic and the escalating illegal invasions of their reserves.

The Preservation of Indigenous Peoples Knowledge

Due to ongoing economic exploitation and genocidal policies, the ways of life of Indigenous groups are on the verge of being lost, alongside many species, plants, and trees, having grave implications for the planet as a whole. It is important in today’s quickly changing world to make efforts to preserve and deepen our knowledge of the Amazon Basin and practice allyship with its peoples. Moreover, the Amazon is one of the world’s most biodiverse regions and is estimated to be home of 390 billion trees, among them 16,000 different species, let alone being the tribal home of 1.6 million Indigenous peoples.

Compared with the tragic fate of many other rubber cutters who met their deaths in the rainforest, Yungjohann was able to survive and even make his way back home only because of the help of the Yanomami peoples and their intimate wisdom and knowledge of the jungle.

In order to help protect Indigenous peoples and their territories, please consider donating to our friends at The Amazon Conservation Team or Amazon Watch. 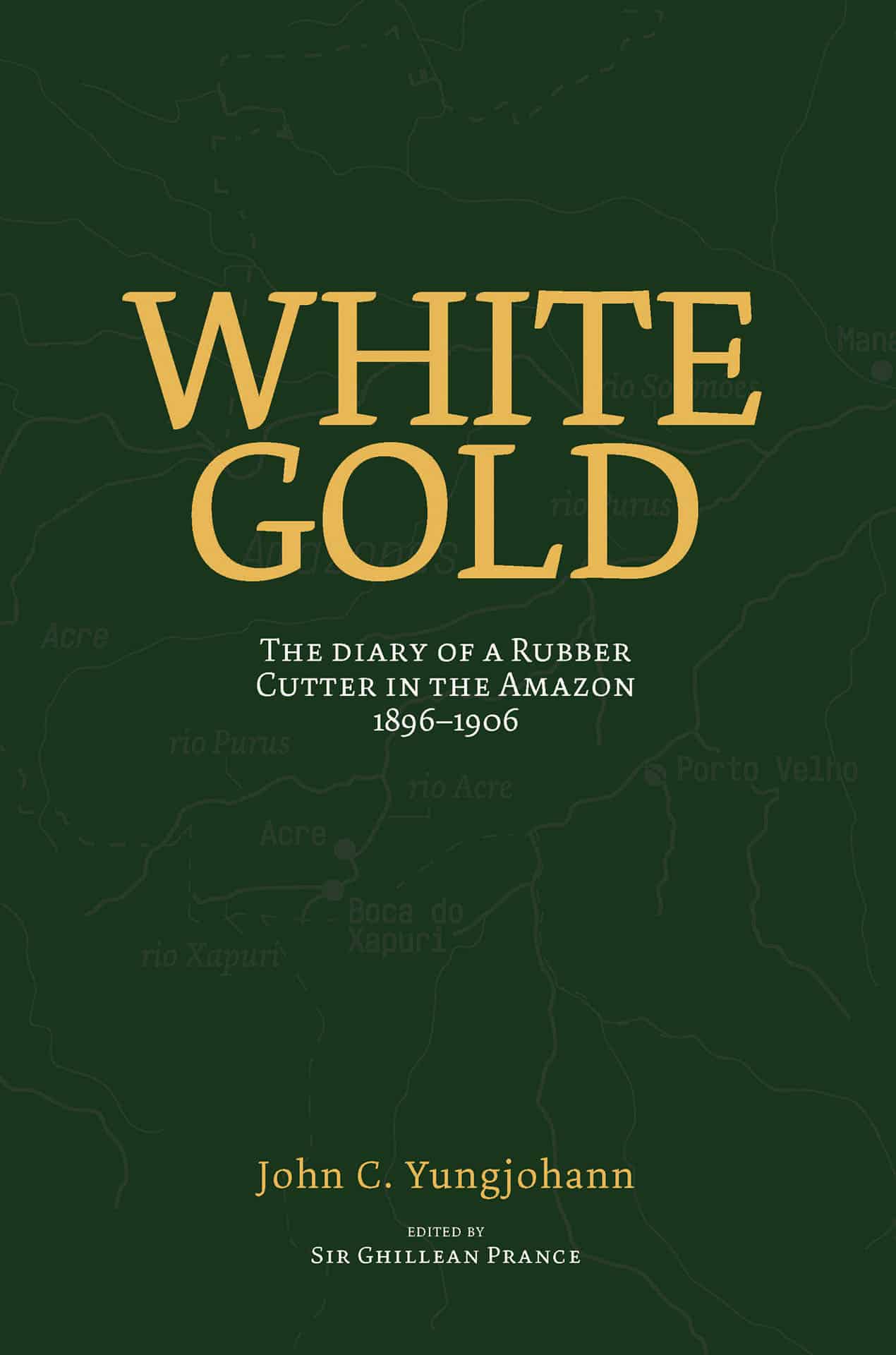