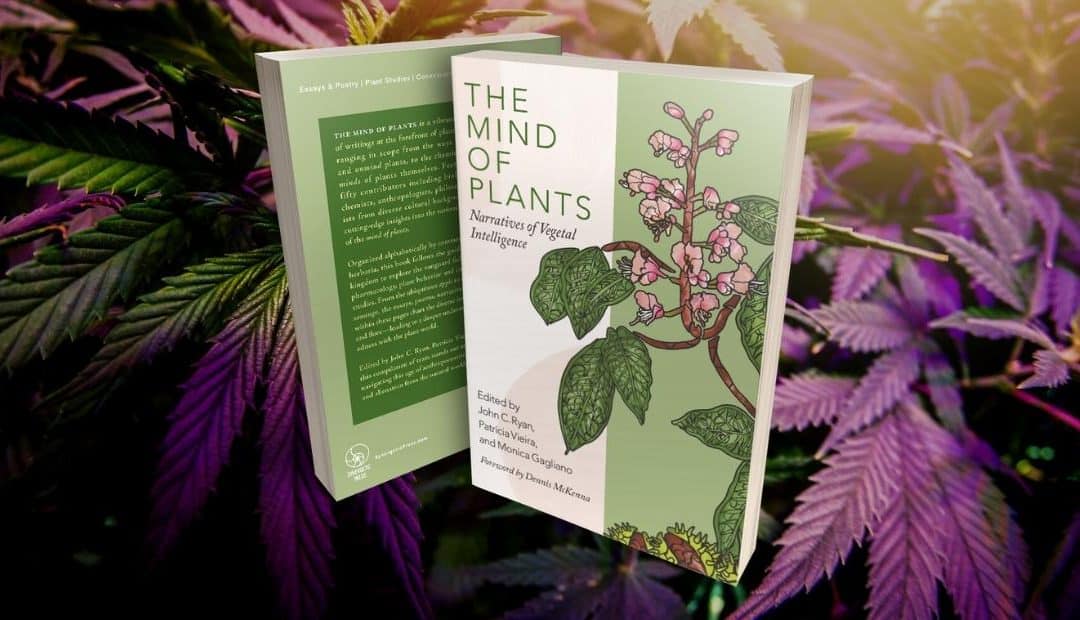 The Mind of Plants excerpt: Cannabis

The following is an excerpt from Jeremy Narby’s essay, “Cannabis,” from The Mind of Plants: Narratives of Vegetal Intelligence:

The years skipped by, and I started working for a humanitarian organization based in Switzerland as an Amazonian projects manager, helping Indigenous Amazonian people gain land titles and access to bilingual education. So, my work kept a focus on humans. But the Ashaninca’s view of plants continued to intrigue me. Were plants really intelligent beings? Could psychoactive plants really teach things to those who consumed them? My experience with ayahuasca confirmed that this plant brew could lead to important understandings, so I knew the notion had some basis.

I decided to test the matter on a psychoactive plant that I knew I could grow in my garden, outdoors, and with sunlight: cannabis. I had used it previously for recreational purposes. While in college, I had occasionally smoked grass, usually with pleasure.

I intended to grow some organic cannabis and test it on myself to see if it worked as a “plant teacher.” I would follow Ashaninca precepts as much as possible. For starters, it had to be a natural-grown plant, not an indoor one grown with electricity. And to try to learn from this psychoactive plant, I would have to act with disciplined intent. As I am not a shaman of any sort but an anthropologist and a writer, I wanted to see if the plant could help with my thinking and writing. I wanted to enroll the plant to reach a fuller understanding of the world we live in and gain knowledge about nature and all forms of life, including people.

First, I read up on the cannabis plant and on growing techniques. I learned how to start plants from seeds, grow them with daily care, select only female plants for their resin-rich flowers, harvest them, and dry them. By 1991, at the age of thirty-one, I was producing outdoor organic cannabis for my personal research. Starting any younger would have been risky, as research indicates that heavy cannabis use disrupts learning in adolescents and young adults. But I figured I was old enough to take a risk. The point was not to take repeated doses of strong cannabis and become a “chronic heavy user,” but to use the plant for a purpose and in a disciplined way, in order to get an idea of what the Ashaninca were talking about when they said that one could learn from a plant.

I trained myself physically, running in the forest every day. I kept to a healthy diet and gave up sugar and processed foods. I knew I had to be healthy and strong to work with a plant teacher.

I spent the first part of my working days in ordinary consciousness, doing my desk job, and reading anthropology and biology on the side. And in the late afternoons, I would smoke some cannabis, go running in nature, and think about what I had just read or written. Interesting ideas tended to flow into my mind during those moments; I could consider the data from a freer, more sensorial, and side-winding perspective. To catch these fleeting ideas, I carried around a pocket notebook and a felt pen. As soon as an interesting idea came my way, I would stop running and note it down. The next morning, in sober and lucid consciousness, I would use the previous day’s insights or discard them if they did not seem relevant.

It’s true, some cannabis-inspired thinking is nebulous and requires lucid criticism. But I found that this worked both ways; cannabis thinking provided an interesting angle on normal thinking, and the converse was also true. I allowed myself to critique both equally as I went back and forth between the two. The end result of combining these two ways of thinking was that I found myself reaching a fuller understanding of the questions I considered.

Cannabis also allowed me to reread my own words with detachment as if someone else had written them. This was precious because I tended to be overly attached to my own words when I was in the process of writing. With cannabis, I found that I could detect the words that didn’t feel quite right or that lacked clarity, and I could also see what was missing—such as the things I didn’t know enough about yet and needed to look into. For me, cannabis worked as a “plant editor.”

For several years, and on a near-daily basis, I went back and forth between these two ways of thinking. Using this method, I looked into a discipline about which I knew very little, molecular biology, and ended up writing a book about its possible interface with Amazonian shamanism. The book went on to have some success and was translated into multiple languages. However, I kept the cannabis work method to myself. Using the plant was one thing, discussing it was another. At the time, in the late 1990s, cannabis was illegal almost everywhere in the world. There was still a “war on drugs,” and talking about the method would have meant confessing to a crime. Also, discussing the method could have been construed as promoting it, and it seemed obvious that consuming strong cannabis on a regular basis was not for everybody. I was fortunate to find myself in the right circumstances, living in a quiet place surrounded by nature, and knowing enough to follow Ashaninca principles of discipline and intent. What’s more, my driven temperament allowed me to handle most of the plant’s discombobulating effects. But this was certainly not the case for most people. Cannabis was just not everybody’s cup of tea. Most of the people I knew who smoked it in their teens or early twenties had stopped doing so because it made them feel paranoid or confused.

I had no interest in promoting cannabis by saying that I used it as a plant teacher. All I wanted to do was to “learn from the plant.”

Jeremy Narby is an anthropologist and writer who has worked since 1989 as Amazonian projects director for the Swiss non-profit Nouvelle Planète, backing projects for the self-determination of Amazonian indigenous peoples that involve land rights, primary education, village health, botanical knowledge, fish farms, tree nurseries, and other local initiatives.

Jeremy grew up in Canada and Switzerland, studied history at the University of Canterbury, receiving a doctorate in anthropology from Stanford University. Jeremy spent several years living with the Ashaninca tribe in the Peruvian Amazon, cataloging indigenous uses of rainforest resources.

Narby has authored several books including The Cosmic Serpent: DNA and the Origins of Knowledge (1999), Shamans Through Time: 500 Years on the Path to Knowledge (2001), Intelligence in Nature: An Inquiry into Knowledge (2005), and Psychotropic Mind: The World According to Ayahuasca, Iboga, and Shamanism (2010). He lectures worldwide and sponsors rainforest expeditions for biologists and other scientists to examine indigenous knowledge systems and the utility of ayahuasca in gaining knowledge. He was featured in the documentary “DMT: The Spirit Molecule.” 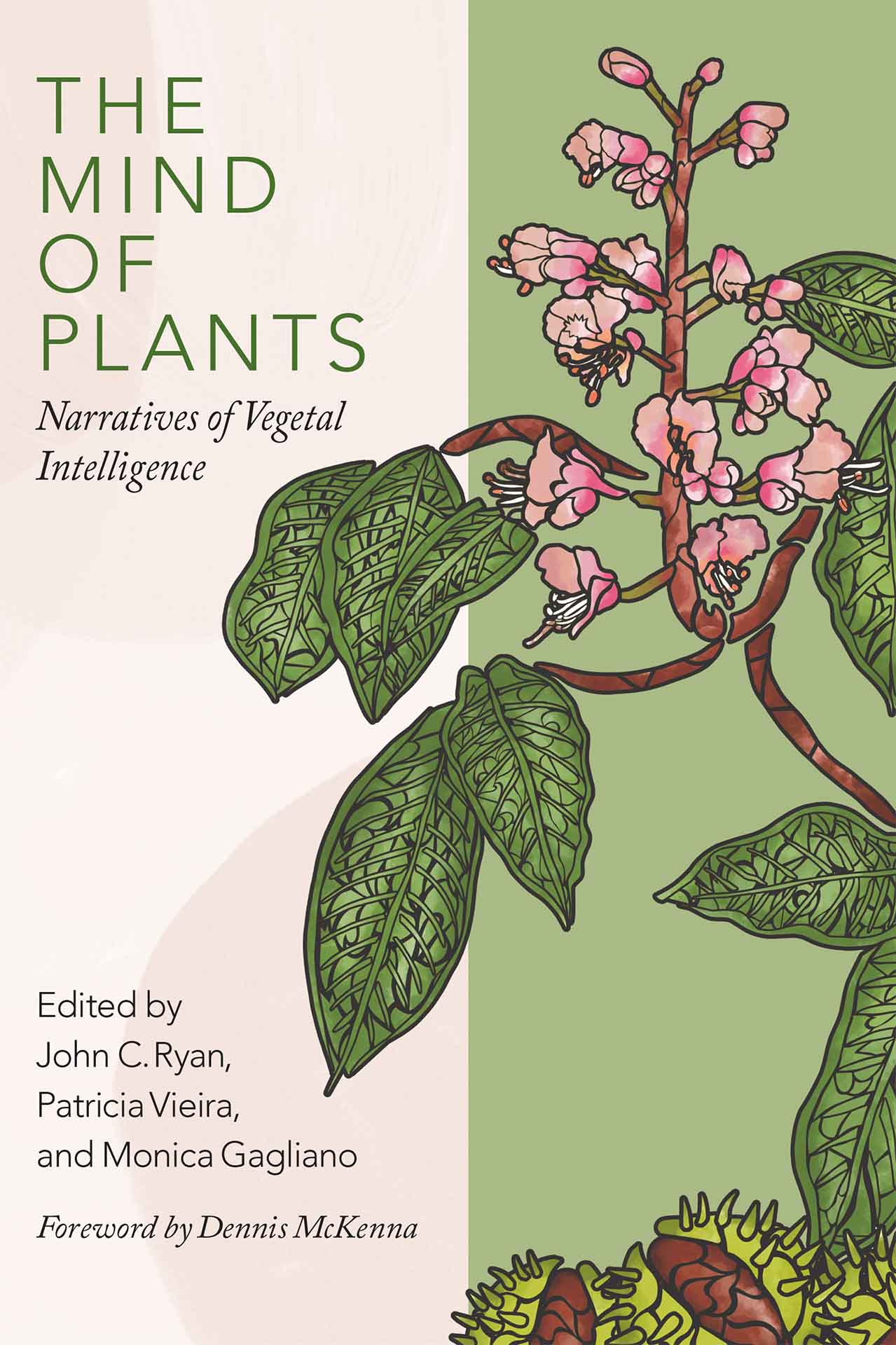 The Mind of Plants: Narratives of Vegetal Intelligence
Explorations of plant consciousness and human interactions with the natural world.

From apples to ayahuasca, coffee to kurrajong, passionflower to peyote, plants are conscious beings. How they interact with each other, with  humanity and with the world at large has long been studied by researchers, scientists and spiritual teachers and seekers. The Mind of Plants: Narratives of Vegetal Intelligence brings together works from all these disciplines and more in a collection of essays that highlights what we know and what we intuit about botanical life.

The Mind of Plants, featuring a foreword by Dennis McKenna, is a collection of short essays, narratives and poetry on plants and their interaction with humans. Contributors include Robin Wall Kimmerer, author of the New York Times’ best seller Braiding Sweetgrass,  Jeremy Narby, John Kinsella, Luis Eduardo Luna, Megan Kaminski and dozens more. The book’s editors, John C. Ryan, Patrícia Vieira and Monica Gagliano – each of whom also contributed works to the collection – weave together essays, personal reflections and poems paired with intricate illustrations by José María Pout.