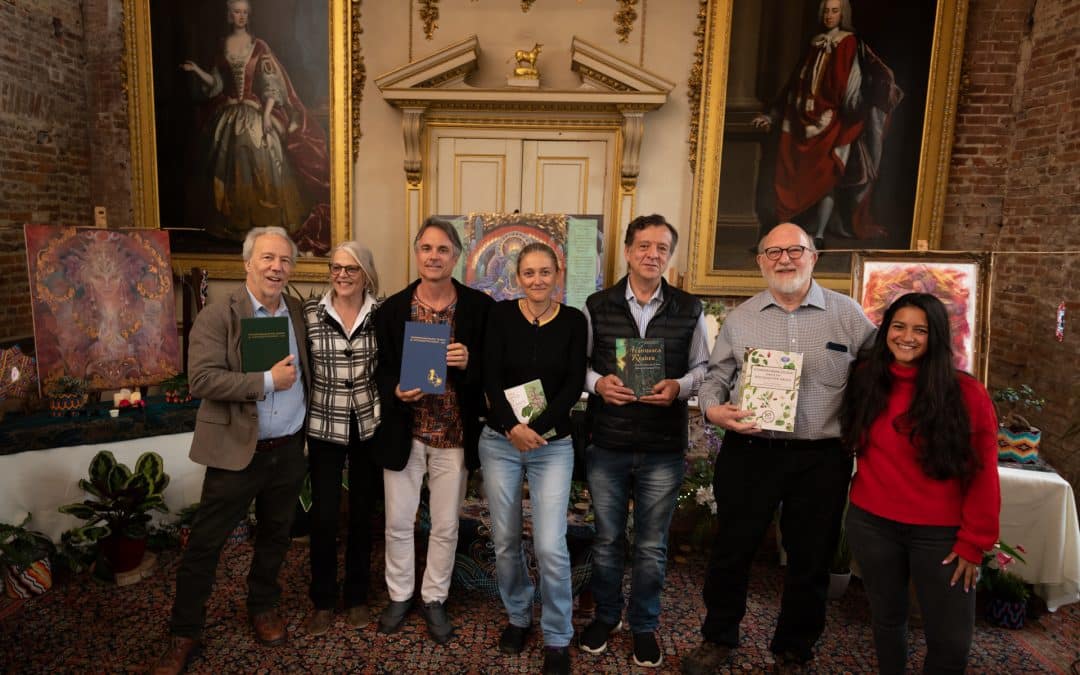 Reflections on the Ethnopharmacologic Search for Psychoactive Drugs (ESPD) 55 conference

A beautiful and inspiring gathering that came as joyous relief for many after months of being confined to communing through Zoom space, it was the coming together of old friends and the making of new ones. Not your ordinary psychedelic gathering, this conference’s focus was on ethnopharmacology: the pharmacology and biology of how people collaborate with plants and fungi in their respective contexts.

A Brief History of ESPD

The history of the conference harks back to 1967, when the first ESPD conference was held in San Francisco, California. A first of its kind, the symposium, brought together a diverse array of interdisciplinary specialists including notable figures some of whose careers would include them becoming Synergetic Press authors including Alexander Shulgin, Richard Evans Schultes, and Gordon Wasson.

At the time of the first symposium, Dennis McKenna was 16 years old. Sharing a burning fascination in psychedelics with his older brother, Terence, Dennis yearned to find a way to shape his career around the substances which sparked his curiosity and fed his inquiry. The 1967 conference proceedings were published in book form a few months after the event took place, and perchance, Dennis happened upon a copy in 1968. That book had a major impact on Dennis, serving to change his life that very day when he realized he could also pursue a path in this field.

The US Department of Mental Health who sponsored the first conference intended to have follow-up gatherings every ten years, but sadly, though not surprisingly, the War on Drugs slowly forced all such public conversations to a grinding halt. Fast forward 50 years to 2017, Dennis had long dreamed of having a second ESPD symposium in order to explore how the field had developed and evolved throughout the last half a century of psychedelic prohibition. The proceedings of the papers presented at that symposium held Tyrigham Hall, UK in were carefully curated into what has become a cornerstone addition to the Synergetic Press library, in this two volume box set, Ethnopharmacologic Search for Psychoactive Drugs: 50 Years of Research.

Synergetic Press at ESPD55
This year, the second ESPD conference hosted by Dennis together with the McKenna Academy marked 55 years since the original conference, once again bringing specialists from far and wide to discuss their research and findings in a setting that encouraged the free and frank exchange of information and ideas on the last 55 years of research, and assess the current and possible futures for research in ethnopharmacology.

We were delighted to be a sponsor of the conference and have the opportunity to showcase our books at the to the assembly of about 100 people. Synergetic Press Publisher, Deborah Parrish Snyder and Community Outreach Manager, Jasmine Virdi both attended the gathering. Several of our presented talks included keynote address by Monica Gagliano (The Mind of Plants: Narratives of Vegetal Intelligence), Luis Eduardo Luna (Ayahuasca Reader: Encounters with the Amazon’s Sacred Vine), and Wade Davis, Mark Plotkin, Glenn Shepard, Manolo Torres (all ESPD50 contributors), and of course, Dennis McKenna. We are getting the work underway to publish the ESPD55 conference proceedings with the McKenna Academy in the year ahead.

Looking to the future of the field, there was a strong sentiment among conference organizers and researchers regarding the importance of keeping the fields of ethnobotany and ethnopharmacology alive, inviting young, emerging researchers to participate in and shape the dialogue, while acknowledging many ethnobotany programs at universities have, over the years, been discontinued for reasons that are not totally clear, as there are students looking for the training in these disciplines.

In addition to the ethnopharmacology studies, there were talks that branched from the pharmacology of kratom to the use of psychedelics as tools for scientific discovery to the history of psychoactive plants in Chinese culture. We explored different spheres of the ethnosphere, the hydrosphere, the mycosphere.

Monica Gagliano, co-editor of The Mind of Plants: Narratives of Vegetal Intelligence gave the opening keynote, a wonder-inspiring talk entitled Medicine for the future: if we listen, plants will teach us, gently inviting the audience to sense into the ways in which we conceive of and interact with plants and their intelligence, setting the pace for the rest of the conference.

Through her studies investigating plant intelligence, Gagliano invites us to reconceptualize the ways in which we understand plants, shifting away from language that frames them as inactive objects, moving towards perspectives that honor their agency and influences upon the human world.

“Denying non-human intelligence is bound up with colonial agendas,” she shared, in her presentation at ESPD55.

Another captivating talk was that of astrobiologist, Bruce Damer, who spoke about the use of psychedelics for creative problem solving, particularly as tools for scientific discovery and for accessing genius.

Making a case for the necessity of genius and innovative thinking, he pointed to the compounded crises of our times.

“I would suggest to you that if we don’t have more of it, or if we don’t use it, we won’t make it through the coming challenges,” Damer said. “And my tribe, the tribe of neurodivergent scientists and engineers, their close cousins, all nerdy peoples on the earth — we play hide and seek with genius. It is our job to come up with solutions to gnarly scientific problems, crack the code of some AI optimization, or look through a massive climate data set and find a solution.”

Paul Stamets raised our attention levels as he spoke of his latest insights and discoveries in the mycelium universe he works in, sharing eye-opening statistics on the performance of the “Stamets Stack” in treatment for depression and other ailments.

Wade Davis, author, cultural anthropologist, co-editor of the ESPD box set and Explorer-in-Residence at the National Geographic Society, gave a powerful closing keynote address, sharing his insights from traveling around the world and spending time with different traditions and cultures as well as delving deeper into his decade-long research on the history of the coca plant.

Davis re-emphasized the critical need to abandon the colonial, and furthermore unscientific, Victorian construct of the evolution of humanity from the savage to the barbarian to the civilized.

“If we’re cut from the same genetic cloth, it means all cultures share the same genius,” Davis said. “And critically whether this genius is invested in technological wizardry or unraveling the complex threads of memory inherent in myth is still a matter of choice and cultural orientation.There is no hierarchy in the affairs of culture.”

All the conference talks are available to purchase and stream here. 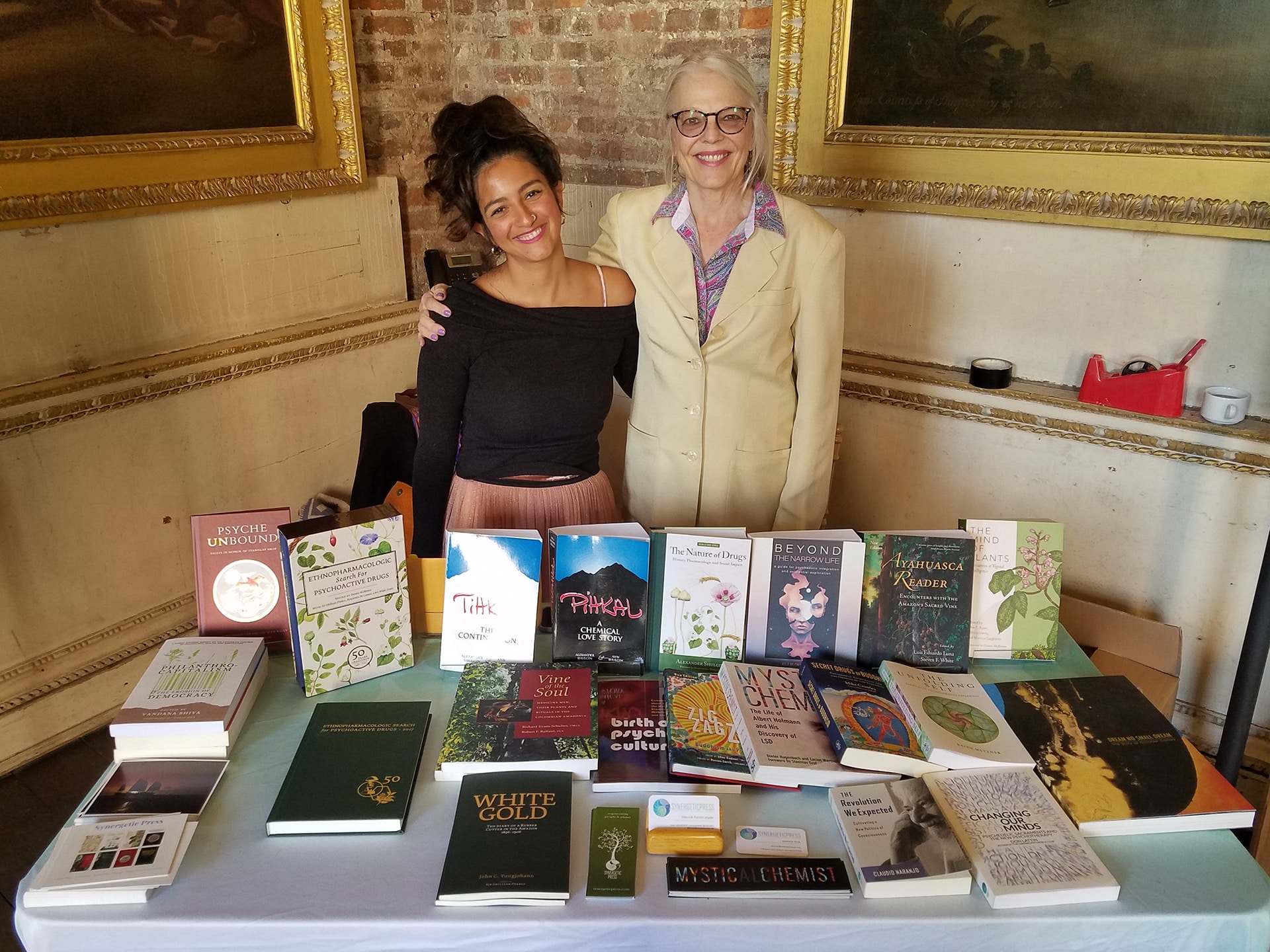 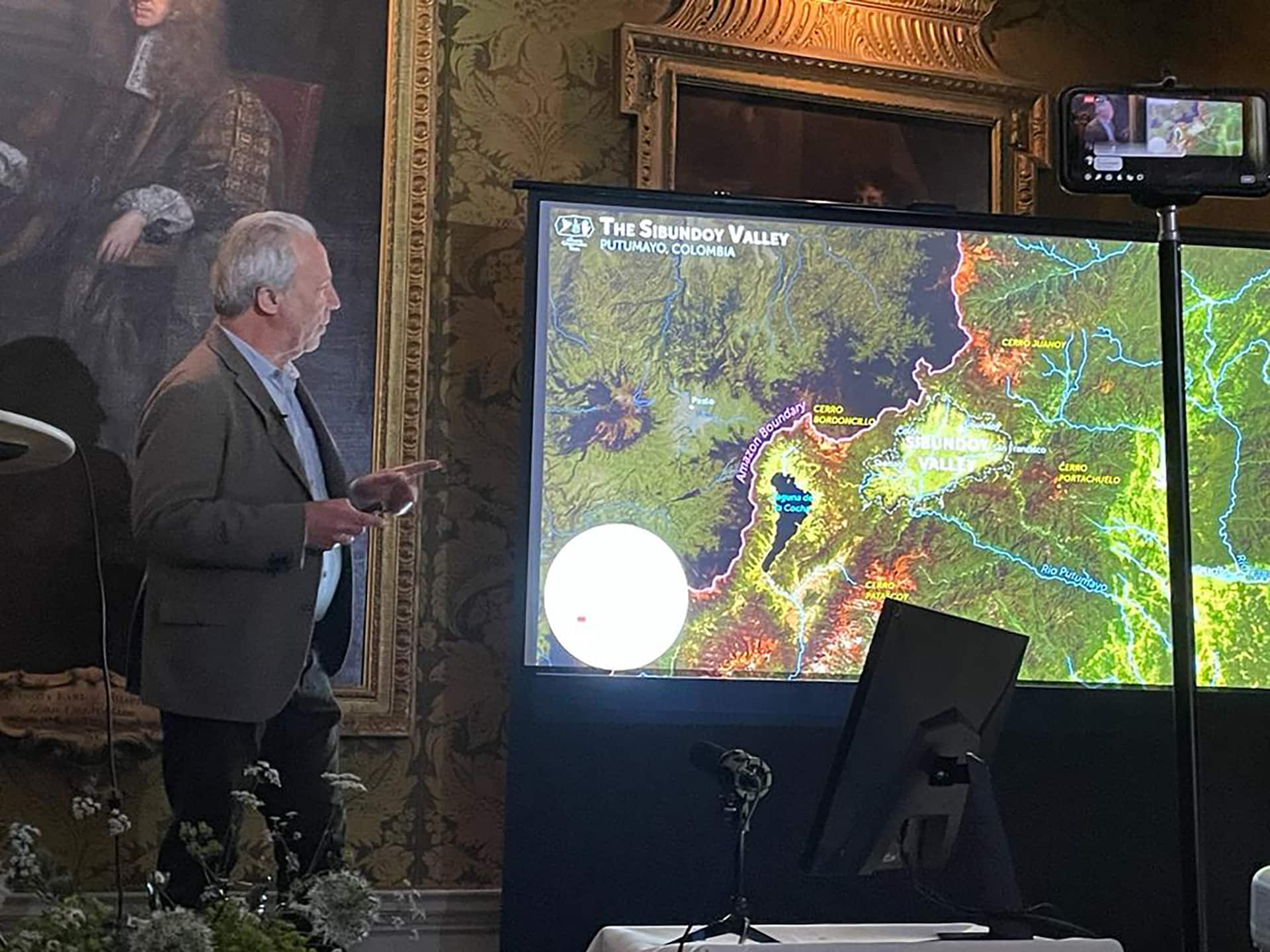 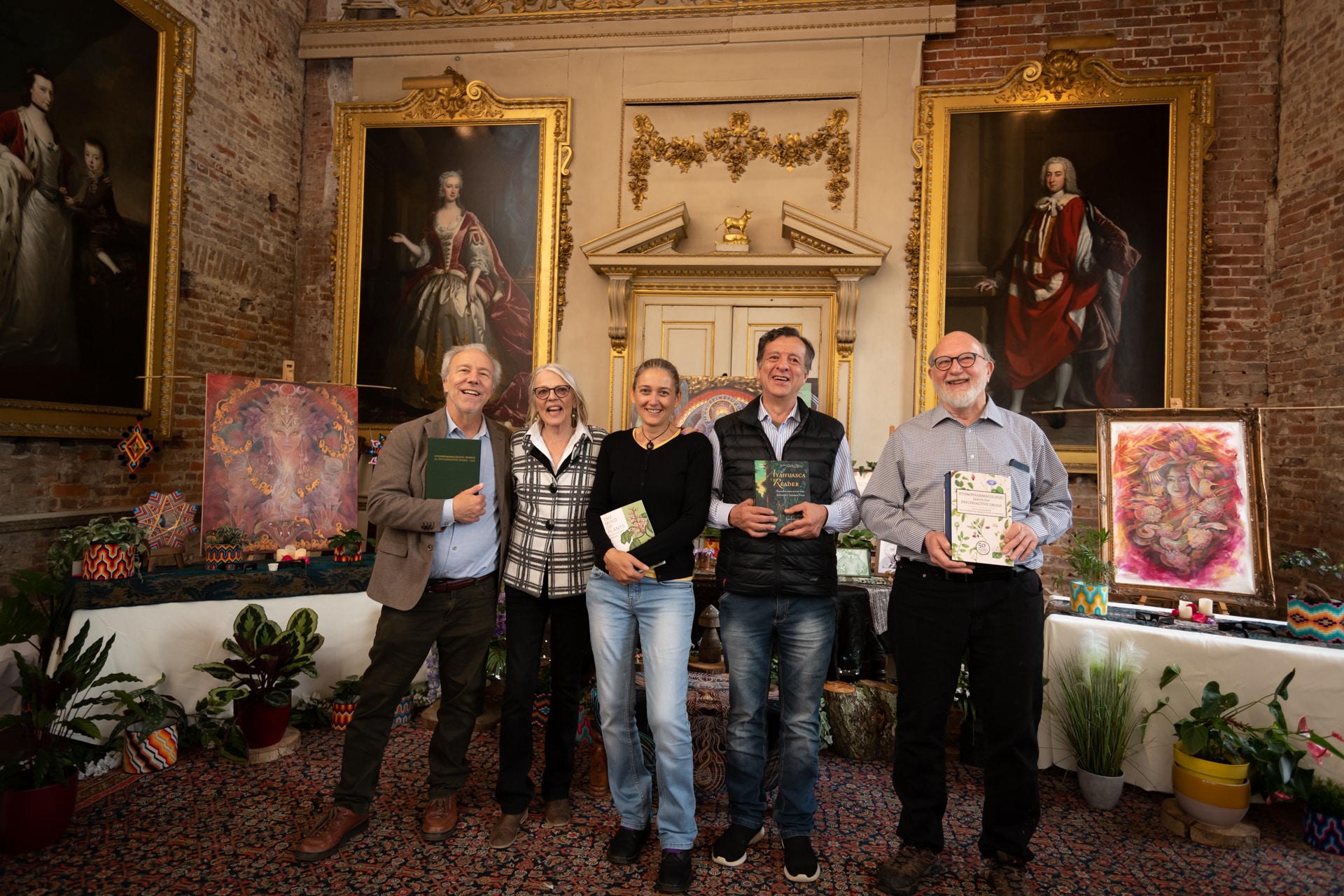 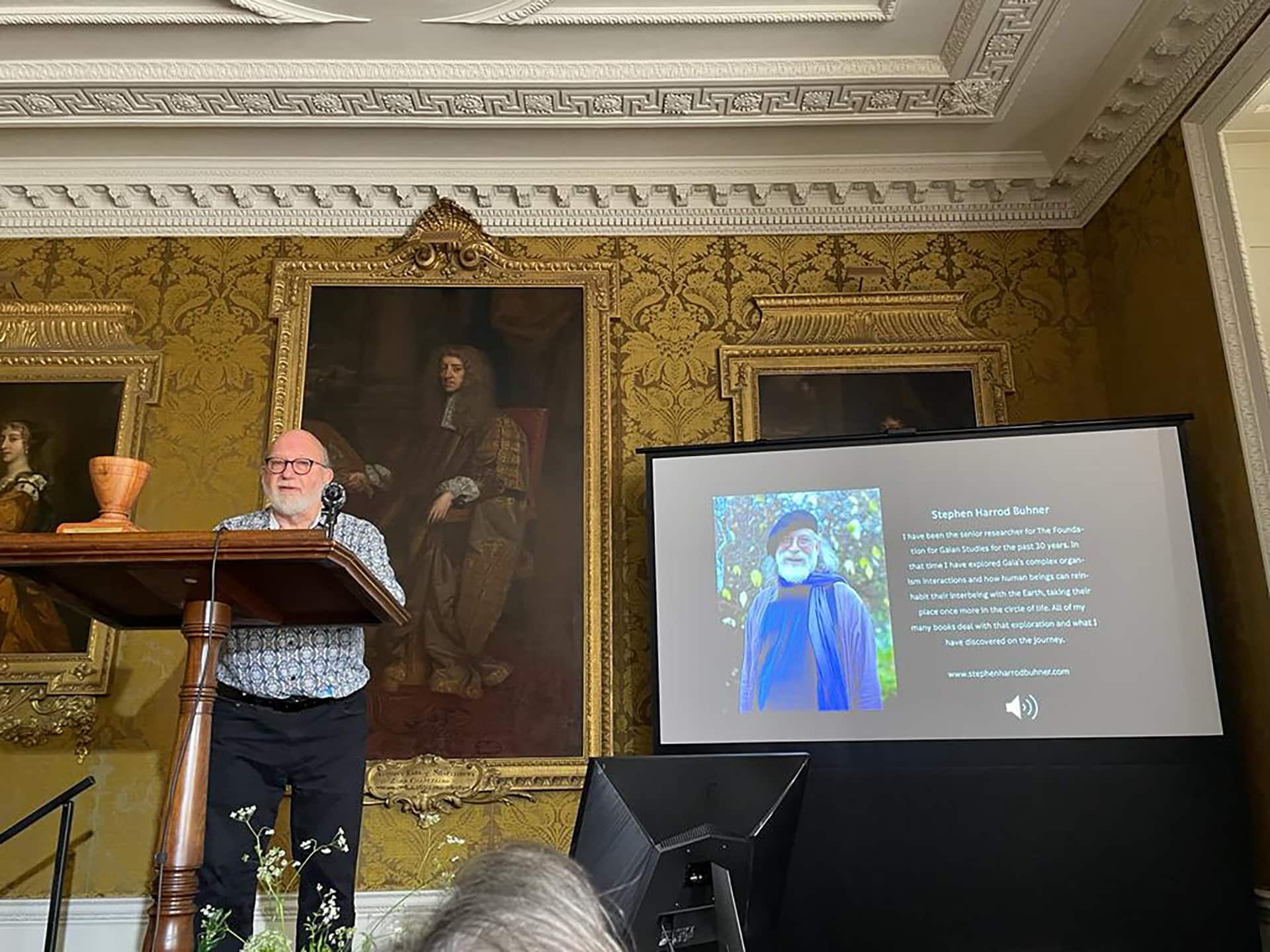 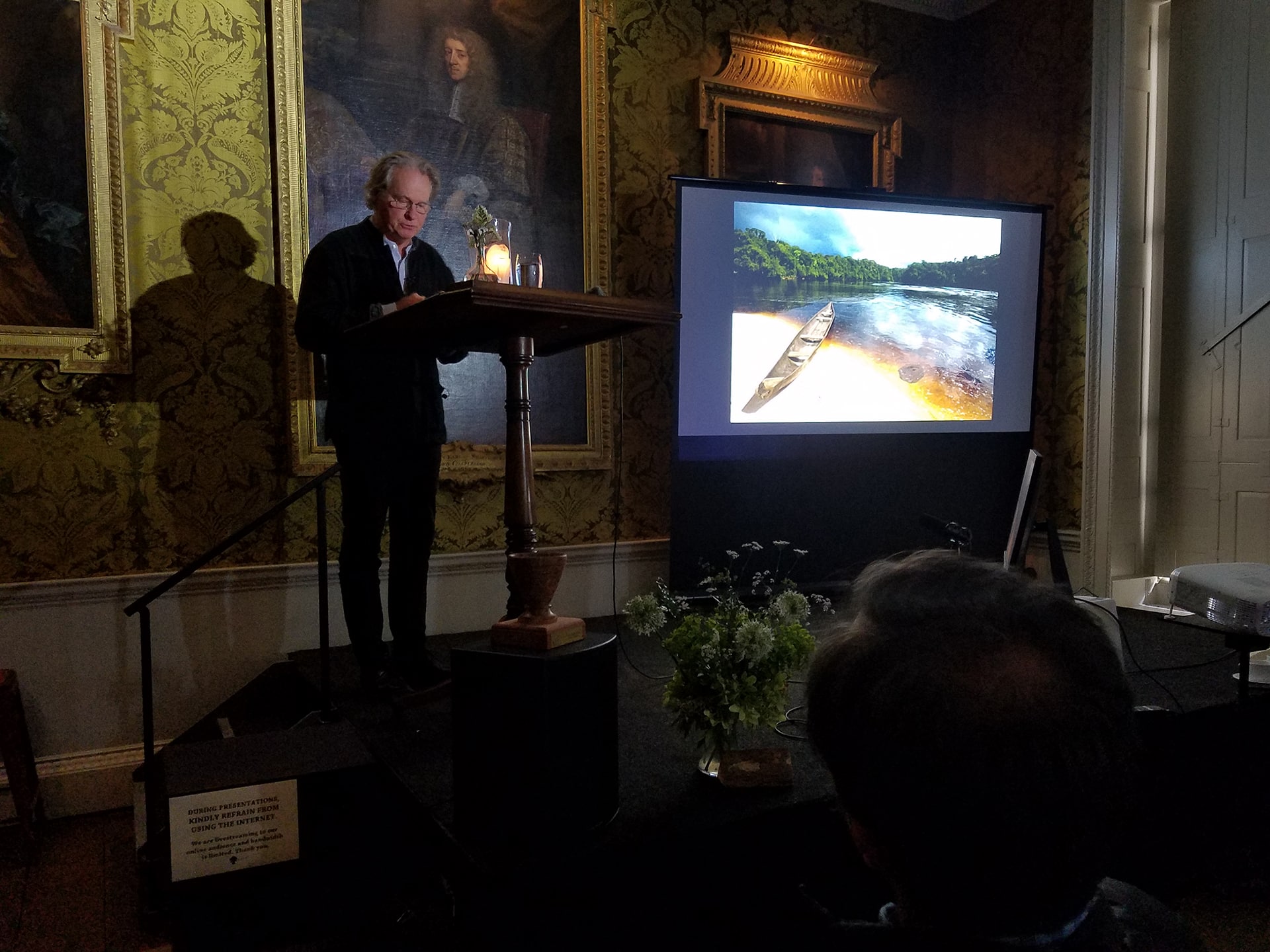 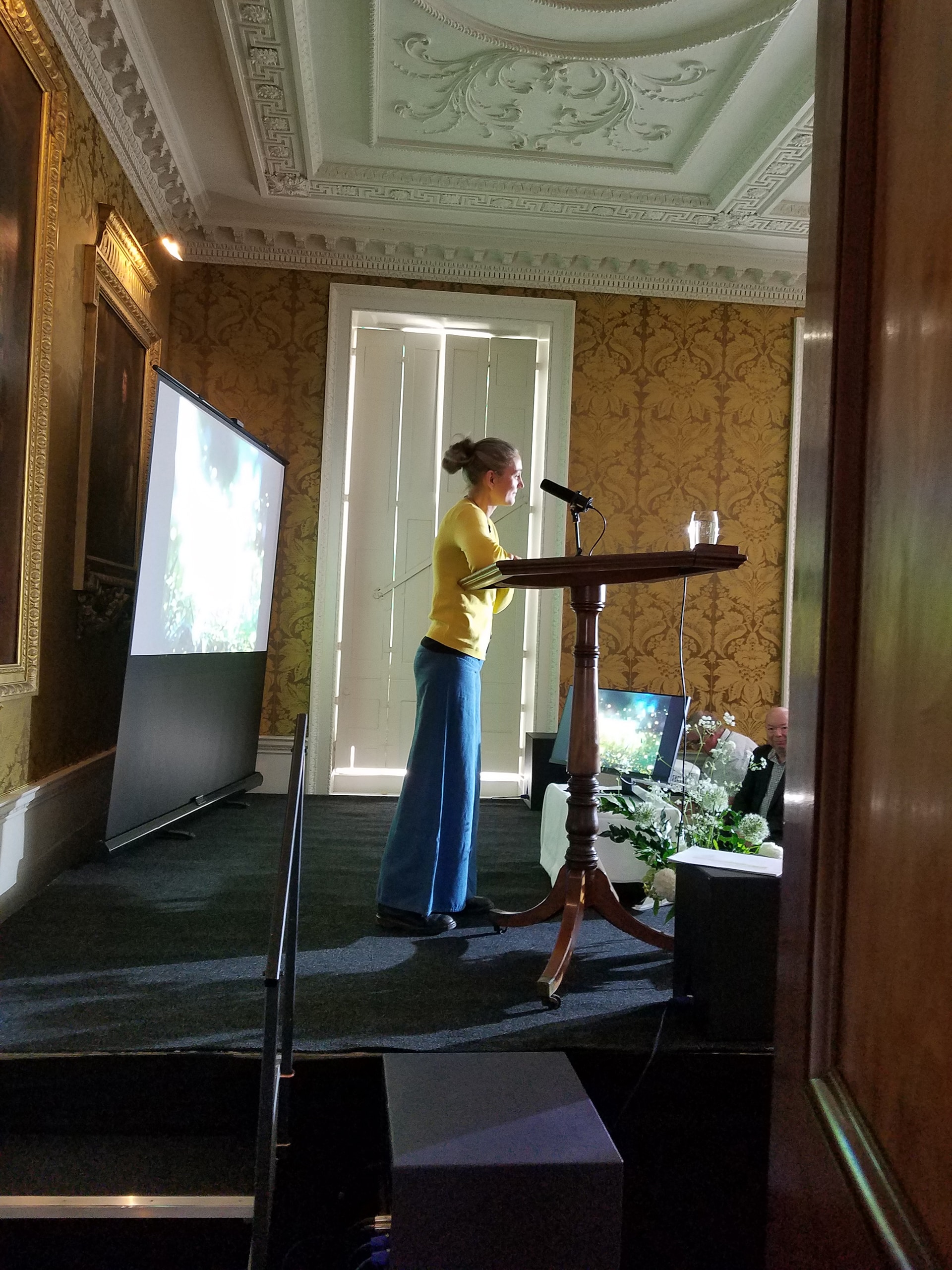