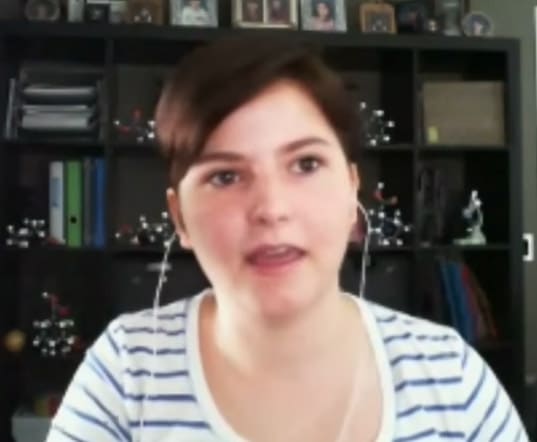 At the age of ten, the young Canadian Hayley Todesco watched the documentary film An Inconvenient Truth and immediately realized what a significant impact humans have upon the Earth. “I never imagined the possibility that humans could significantly affect the climate,” says Todesco, a realization that led her to commit to studying science in order to make her own positive impact on the climate.

So as a student, Todesco was inspired to address environmental issues through her science fair projects and, in her most recent experiment, went far beyond the paper maché volcano. In fact, she developed a system to filter toxic tailings created when mining for bitumen in tar sands, allowing these toxic acids to decompose fourteen times faster than they would otherwise.

Tar sands mining involves a series of complex processes to recover oil from a mixture of clay, sand and water. This mining disturbs the land, requires large quantities of water, has an impact on the quality of air and water for local humans and wildlife, and even has far-reaching biospheric effects through the greenhouse gas emissions produced in the process. By 2025 the total volume of toxic tailings that have accumulated from tar sands mining is expected to equal one billion cubic meters.

While scientists and engineers continue to develop and implement cleaner forms of energy, we must continue to do our best to reduce the ill-effects of existing methods. It’s encouraging to see the innovations being brought forward by a new generation of planetary thinkers like Hayley Todesco. Her filtration method can lower the levels of toxicity that occur in ponds after tar sands mining much more quickly than current practices, which is how she won the 17-18 category in the 2014 Google Science Fair. Hayley Todesco is currently studying microbiology at the University of Alberta.

Watch the linked video above to see a brief overview of her project, and click here to read more about it.