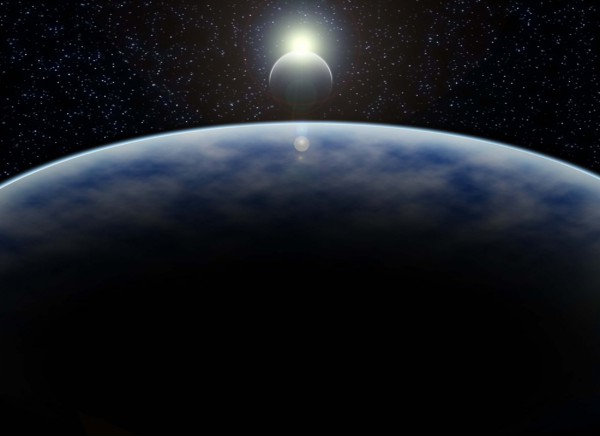 The horizon of a new year beckons for bold commitments and inner resolve. What changes would we like to see take place, what promises do we make to ourselves on this new clean slate?

While many will no doubt persist with the age-old clichés to get in shape or to be more productive with personal creativity or professional obligations, others are recognizing that humanity can no longer afford to think in terms of exclusively personal concerns. 2014 was a watershed year for growth in public perception of the undeniable crisis that confronts civilization as news about radiation from Fukushima, melting icecaps, disappearing species, and new statistics regarding the state of the biosphere spread like wildfire through social media. But this planetary crisis is also an opportunity as we engage in the task of assuming humanity’s role as stewards of the earth, not her exploiters.

Buckminster Fuller once noted that “spaceship earth did not come with an instruction manual,” and with that absence in mind Synergetic Press works closely with leading voices, blazing a trail through the uncertain landscape of independent publishing, to bring our community of readers and leaders of today the tools necessary to meet this challenge.

For example, European journalist Christian Schwägerl, in The Anthropocene: The Human Era and How it Shapes Our Planet, utilizes the debate over what we should name our current geological epoch as a central metaphor to make readers aware of the inescapable potency of human actions. He encourages us to ask, “What if 7 billion people lived the way that I lived?” a sober meditation that brings to scale the effects of each and every human being’s decision to choose our own lifestyle, from what foods we eat and how open minded we truly are about integrating new technologies with re-emerging organic values; to how we decide to “think” about the world around us.

Schwägerl, amidst an array of novel suggestions regarding how we might step into a healthy future, cleans house with our outdated conceptions regarding the “en”- vironment and reminds us, for example, that the world around us is, in actuality, an “in”- vironment – an arena through which all our actions feedback into new problems or new solutions, depending on how we choose to live. With this knowledge, we humans can adjust our daily lives accordingly and make sound decisions as consumers and citizens to create big changes in the world.

Similarly, in The Wastewater Gardener: Preserving the Planet One Flush at a Time, PhD and former biospherian Mark Nelson, shows us the ways in which our notion of “waste” as something to be pushed outside of us and away from our cities through central sewage treatment facilities is the real waste that should be avoided. Nelson tells his personal story of traveling around the world to install Wastewater Gardens as a real and practical solution to the loss of nutrients and the pollution of our oceans that results from the perpetuation of 19th century cultural and economic biases in urban planning, unhealthy tendencies that, if left unchecked, continue to damage the biosphere unnecessarily.

Many such inert tendencies in the way we “think” about the world around us contribute to ecological crises and can be avoided. Perhaps the most fundamental of these is our deeply ingrained association with capitalist values as those that extract resources from the natural world as if she were an infinite resource. Tony Juniper, ecological advisor to Prince Charles, and author of the Synergetic Press title, What Has Nature Ever Done for Us? explains how economy is actually a subset of ecology and not the other way around, a reversal that brings the proportions of individual consumption and corporate values back down to earth in a sustainable balance.

Juniper begins by telling the story of the decades-old closed ecological systems experiment “Biosphere II,” in which eight pioneering ecological activists lived sealed within a mock-up of earth’s interpenetrating ecosystems and thereby experienced concretely the ways in which human actions directly and immediately affect the natural world we live in. He then expands this microcosmic lesson outward to reveal the many intrusions that are already apparent in the biomes around our planet and how we can shift our thinking about economics to restore balance in our biosphere. Once we truly understand the relationship between ecology and economy, as Juniper reveals it to us, we begin to see how the two can work together, allowing us to make better decisions as individuals as well as to pressure corporations and governments to act in ways that are not destructive to the biosphere.

The time is NOW! We here at Synergetic Press believe that humans are learners and that by combining courage with the right ideas and tools, we can resolve at the start of this new year to take up the task in earnest of regenerating both people and planet, living synergetically within the biosphere for a long and prosperous time to come. To this end, we will be sharing the wisdom of our many authors and allies through our website and newsletter, giving readers the tools they need to carve a path into a healthy and sustainable future. Please sign up for our newsletter and become a part of the movement.

The Anthropocene: The Human Era and How It Shapes Our Planet

A Brief History of How We Got Into This Mess