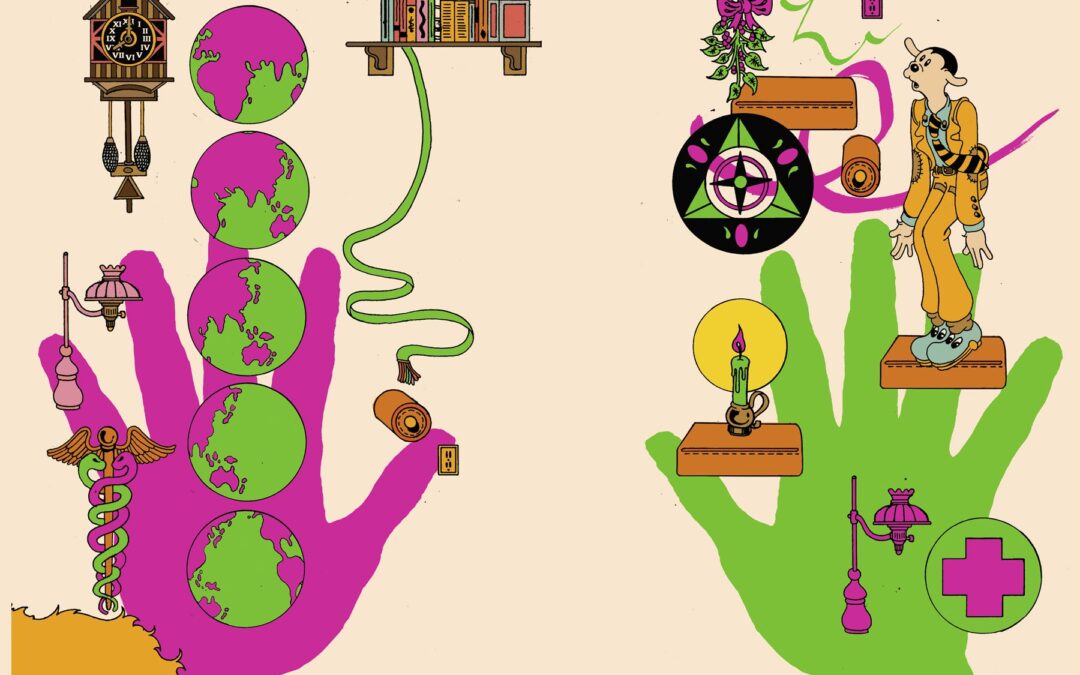 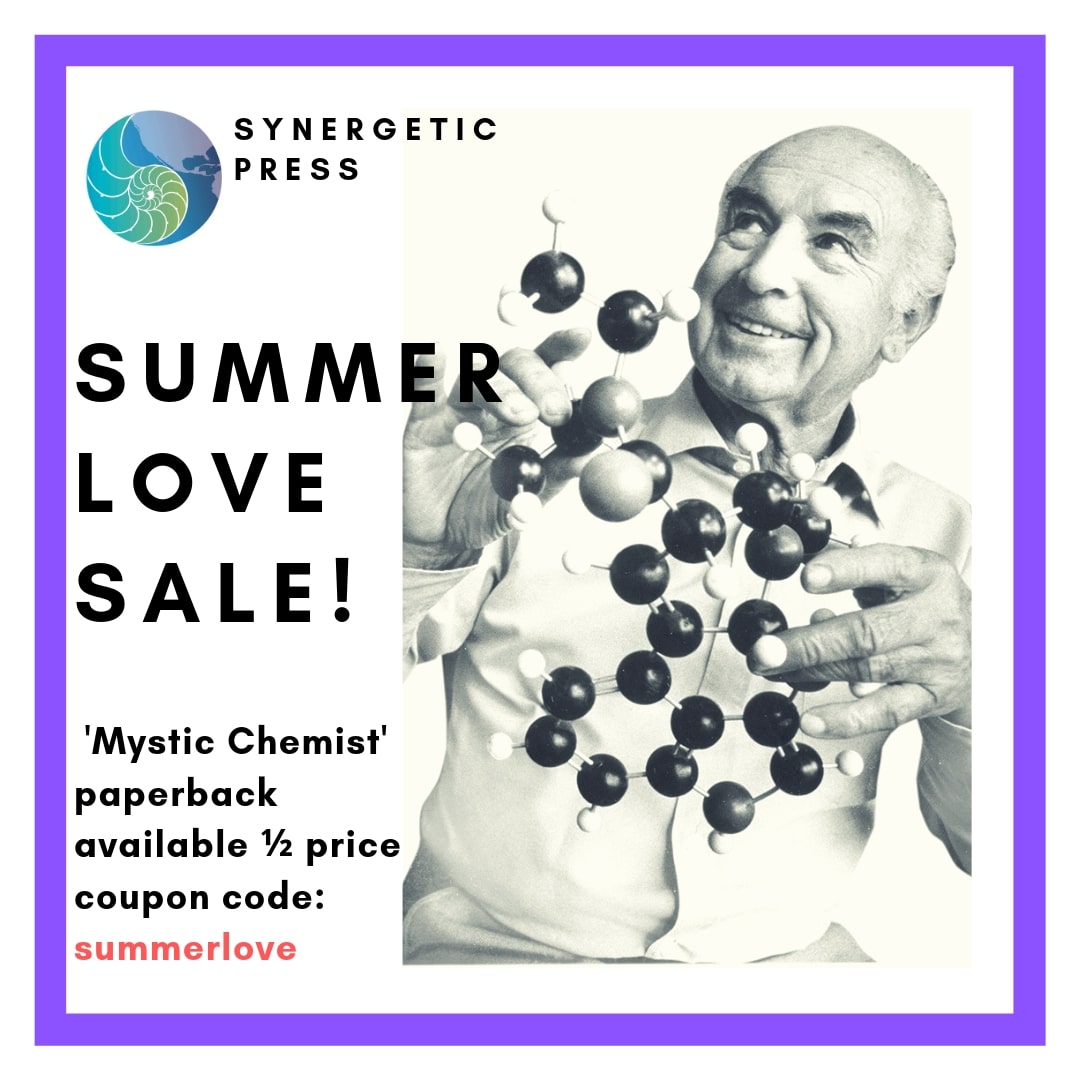 Summer Love Sale and The 50th Anniversary of Woodstock

This year commemorates the 50th Anniversary of the legendary music festival Woodstock. Woodstock began in 1969, taking place in Bethel, New York. It was one of the world’s most iconic music festivals with an enormous attendance of over 400,00 people, bringing people together in times of great social turmoil. Formally known as “An Aquarian Exposition: 3 Days of Peace & Music,” it served as a testimony of music’s power to unite people, giving hope of a better future.

In order to celebrate Woodstock and the revolutionary culture surrounding it, we are offering a ‘Summer Love Sale’ on Mystic Chemist which tells the story of the Swiss chemist Albert Hofmann and his discovery of LSD. The role of LSD and other mind-manifesting substances should not be overlooked in the 1960s countercultural revolution.

Get Mystic Chemist half price with the coupon code: summerlove

San Francisco’s Human Be-In: The Birth of a Psychedelic Culture 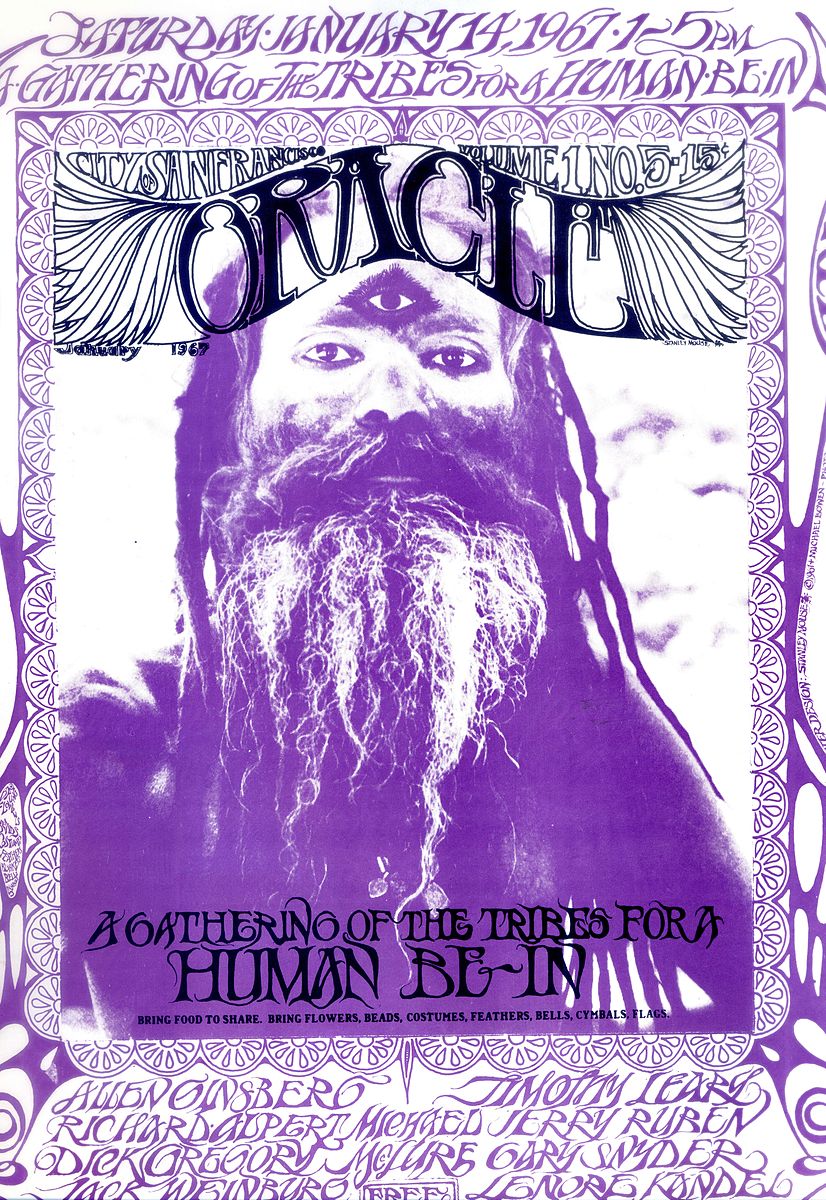 Woodstock alongside the revolutionary youth culture that it celebrated emanated from the rapid movement that developed in 1967, leading up to ‘the Summer of Love.’

San Francisco’s legendary Human Be-In took place in Golden Gate Park, January 1967, serving as a prelude to the Summer of Love. An estimated 20,000 people attended what was planned to be a small “gathering of the tribes” in order to protest the new California law banning the use of the psychoactive drug LSD.

The Be-In represented the birth of ‘hippie’ culture with a generation of young adults finding themselves disillusioned by authority figures due to the Vietnam war, the recent assassination of President John F. Kennedy and the continued struggle for civil rights. The gathering cemented the foundational ideas of 1960s counterculture including: radical liberalism, the rejection of materialism, socio-political decentralization, communal living, and the idea that we could evolve consciousness by using psychoactive substances such as LSD.

The Be-In was attended by counterculture figureheads such as the beatnik poet Allen Ginsberg who unconsciously embodied the generational shift between the beatnik bohemians and the hippie generation. Timothy Leary (see below), famed LSD guru and ex-Harvard psychologist stood up amongst the crowds and encouraged young Americans to “turn on, tune in, drop out.” 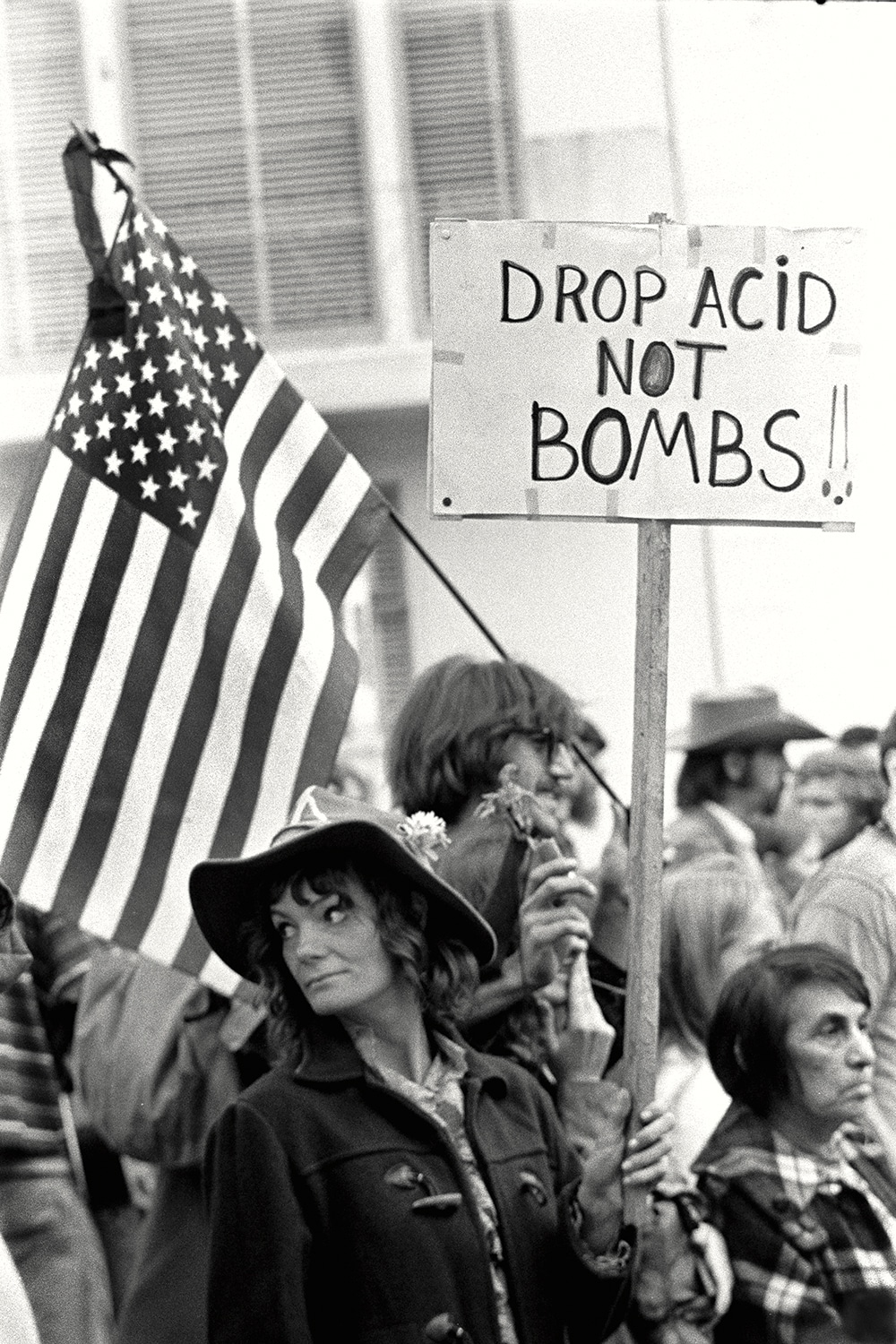 The Summer of Love

As it turned out, the youth heeded Leary’s enticing call and by the summer of 1967 as many as 100,000 people had made their way down to San Francisco’s Haight-Ashbury district, inspired by the possibility of creating a new way of life.

Throughout the 1950s and ‘60s, San Francisco and the Bay Area had attracted individuals searching for alternative lifestyles. Beatnik figures such as Ginsburg, Jack Kerouac, and William Burroughs lived in the city’s North Beach neighborhood. Their works helped to germinate the hippie movement, expressing contempt to 1950s America, rejecting materialism and encouraging spiritual, sexual and cognitive exploration. Thus, Haight-Ashbury which was already the home of several alternative communities became the epicenter for hippie culture.

The Be-In was an underground experiment which unwittingly inspired a spontaneous uprising of radical youth culture, the likes of which had never been seen before. Haight-Ashbury was no longer a quiet down-town neighborhood, its culture became infectious and mushroomed into the mainstream – The Summer of Love had begun.

The Discovery of LSD

Albert Hofmann first synthesized Lsysergic Acid Diethylamide (LSD) in 1938 whilst working for Sandoz laboratories researching compounds that would act as respiratory and circulatory stimulants. The psychoactive properties of LSD were not discovered until April 1943 when Hofmann decided to intentionally ingest the substance in a self-experiment to ascertain its effects. Read more about Hofmann, and the world’s first LSD trip.

LSD presented itself as a significant discovery in the fields of psychiatry and psychology as it was believed to have possible clinical applications. Initially it was thought of as a ‘psychotomimetic’ and believed to be capable of producing a model for psychosis. It was also researched for its potential to treat addiction and conversely encourage creative thinking. Reflecting upon the importance of LSD, Hofmann stated that:

“I knew immediately that this drug would have importance for psychiatry but, at that time, I would never have believed that this substance could be used in the drug scene, just for pleasure. For me, it was a deep and mystical experience and not just an everyday pleasurable one. I never had the idea that it could be used as a pleasure drug.”

Timothy Leary and the Rise of LSD

Hofmann could never have anticipated how LSD was to escape the bounds of the laboratory, making its way into mainstream culture. For this reason he refered to LSD as his “problem child.”

LSD was largely popularised by the ex-Harvard psychologist, Timothy Leary who believed it to be an important tool in the exploration of consciousness, and a shortcut to spiritual enlightenment. 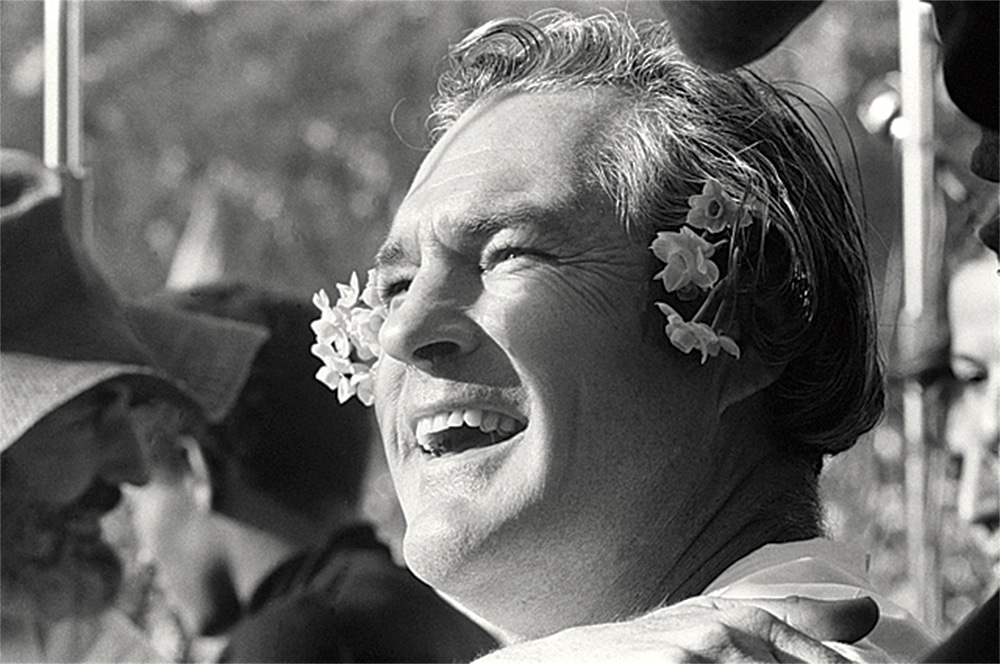 Leary, like most of the avatars of the early psychedelic movement, saw the value of psychedelics as deconditioning and deprogramming agents. Psychedelics allow users to “unhook the ambitions and symbolic drives and the mental connections which keep you addicted and tied to the immediate tribal game.” They break the trance of consensus culture. ─Daniel Pinchbeck, Breaking Open the Head

Leary was fired his position as an instructor on the Psychology Faculty at Harvard due to the controversy surrounding his research. No longer a lecturer, he began a campaign advocating the use of psychoactive drugs for personal development, often inviting friends and the occasional graduate student to participate in psychedelic sessions with him and his colleague Richard Alpert (Ram Dass).

Later, President Nixon deemed him as “the most dangerous man in America.” Nixon’s ‘War on Drugs’ demonized psychoactive substances, ruling out their possible medical value and making them illegal, causing research into LSD to come to a grinding halt.

To learn more about LSD, its history, and pivotal role in creating the 1960s counterculture, check out Mystic Chemist which we are offering  half-price! 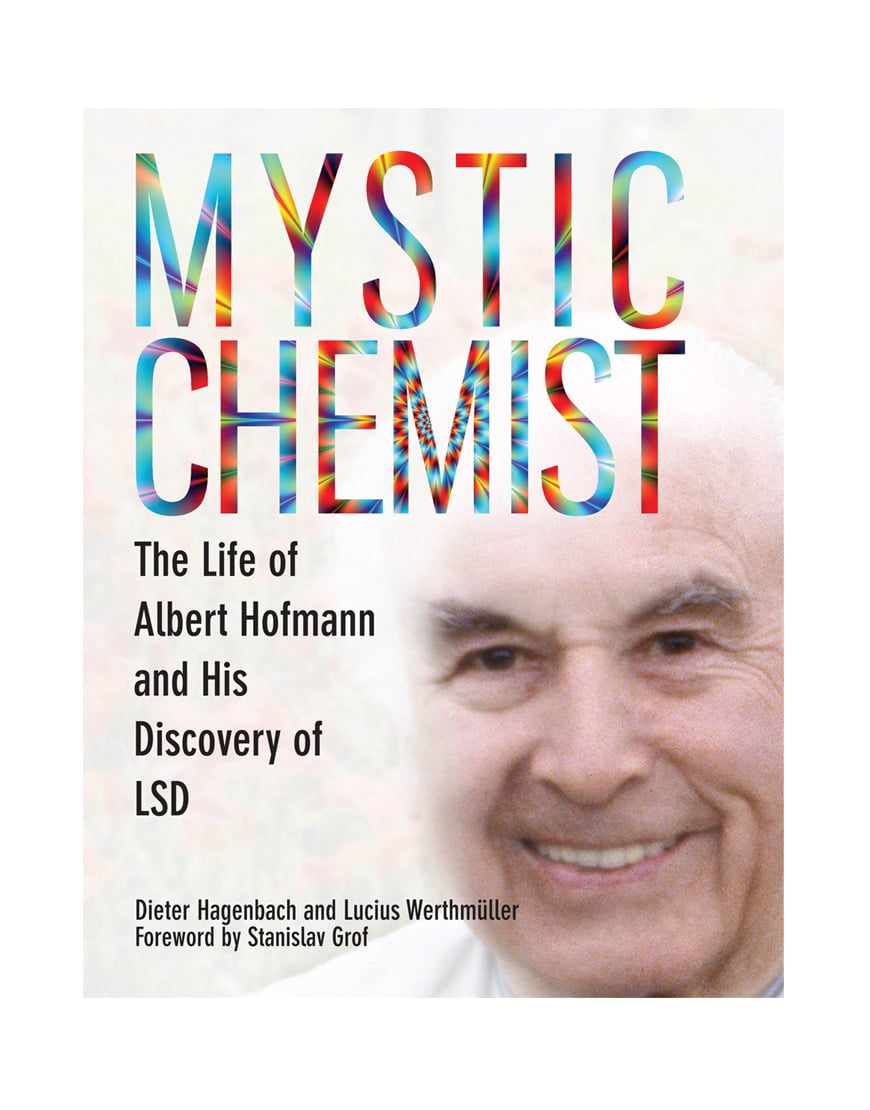 Get Mystic Chemist paperback for only $20 with the coupon code: summerlove