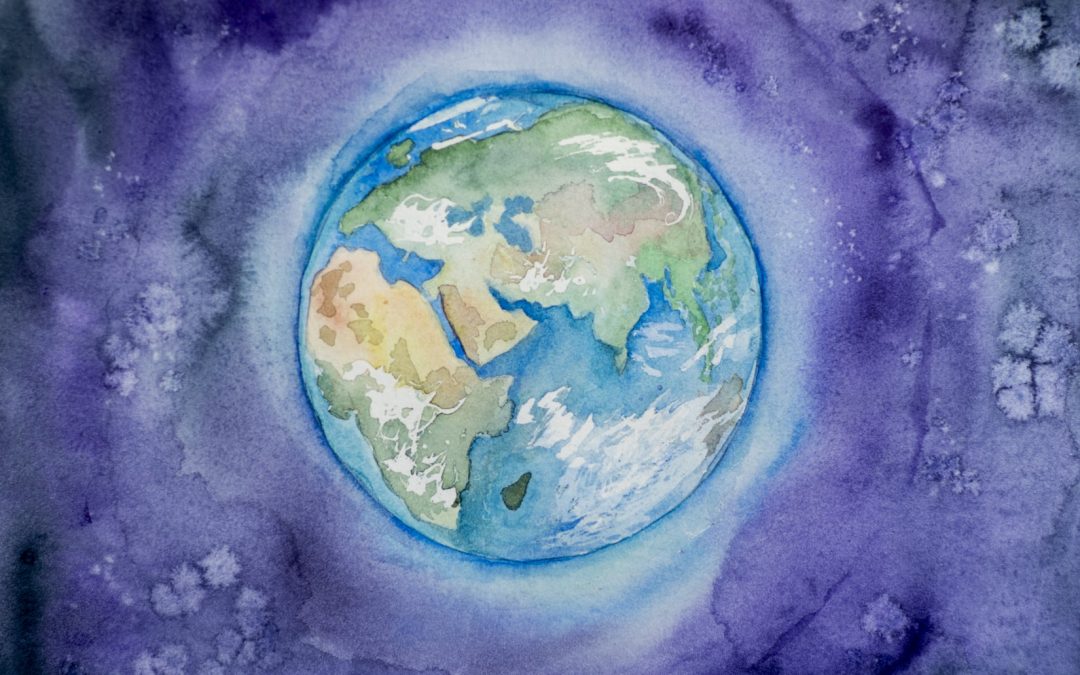 Earth Day: From Cataclysm to Catalyst

An annual event celebrated around the world on April 22, Earth Day began as a response to the devastating impact that industrial activity has had upon our natural world. It was specifically precipitated by the 1969 Santa Barbara Oil Spill which released more than three million gallons off the coast of California. After having seen the damage from the spill, US Senator Gaylord Nelson, environmentalists Selma Rubin, Denis Hayes, and others were moved to create an initiative that would raise awareness and push for advocacy surrounding broad environmental issues. In the five decades since Earth Day was created, the world has witnessed more disasters accompanied by growing consciousness around these issues; the relevance and magnitude of its observance has only increased.

With each published study that demonstrates the catastrophic state of our natural environment comes a subsequent blow for the hope of a world existing in harmony with nature. As the perception of hope for solutions diminishes so our inner psychological state answers in form with a kind of degradation of the outlook we hold for ourselves and our kin. No single person can know the fate of our civilization and confidently discard the possibility of a more gracious and reciprocal relationship with our planet, yet we often live as if it was so; many of us convinced that we have gone too far in the decimation of our environment.

It is the loss of hope and instinctual refutation of any possibility of improvement that seems to be so dangerous, for as previously stated, it is highly unlikely that any one of us at any point in history could have the certainty over our entire civilizations denouement, yet this is precisely what we claim when we look at our current state and conclude with self-assurance that there is nothing to be done. As author Christian Schwägerl writes in his book The Anthropocene: The Human Era and How it Shapes our Planet, “it is important to move beyond the doomsdayism so typically associated with environmentalism…”

So it seems that if we are to act in accordance with a vision for better planetary stewardship, we must believe such a vision is plausible; that we are capable of doing so, and that we are not as many have felt “too late, and too flawed” to come up with some effective shift. There has been recent acknowledgment of ‘climate fatigue’, a term used to describe a typical response in today’s youth toward climate and environmental emergencies. It seems pressing to acknowledge that there is an inner psychological component to our circumstance that directly affects our capacity to strive for solutions. So, as our inner state is constantly fed a barrage of information confirming our most feared environmental dread, how can we distinguish the reality of our world and the hopeless one we project outward?

Climate Crisis as a Mirror

Perhaps some of our answers lie not only in collecting more accurate and representative data but in transforming our capacity to interpret it. We must find a way to avoid becoming dogmatic about the environment’s demise to the point where we think the possibility of change should be repudiated as dangerous because it distracts from the ‘unquestionable fact’ that we are headed toward extinction. And in order to transform our ability to interpret the world we need to come to terms with the attitudes, expectations and assumptions we hold about the world that are deeply embedded within our psyche. In some sense, what we need is to reconcile ourselves with our shadow self, the part of ourselves we obscure and that negatively informs our interpretation of the world, producing conclusions that are based on our preconceived notions of reality as opposed to on what is true or what is possible.

As Carl Jung pointed out a century ago, there is an inextricable link between the external and internal worlds, and a manifestation in one is often accompanied by a reflection in the other. Jung spoke of large scale events that occurred during his lifetime as having a deep-seated parallel existing in the collective unconscious (the part of the unconscious mind which is derived from ancestral memory/experience and is common to all humankind) of entire civilizations and there is something to be gleaned about our own predicament considering the magnitude of its scale. It is sometimes easier for someone who has lost hope, to believe that it is all unsalvageable precisely because the possibility of hope brings with it the possibility of its loss, and for some that is simply too much to bear.

Reciprocity and Responsibility: From Spectators to Participants

Much to our chagrin, our role is not one of mere spectators. We must take up our environment as something not separate from us, and certainly not something which we can take for granted as if it were some perpetual machine that will continue its rumbling without affecting us and without being affected by us. The global COVID-19 pandemic has made us all rethink how through our unchecked activity in industrialized meat production we might be creating a source of a number of novel pathogens.

In his book What Has Nature Ever Done For Us?, Tony Juniper takes a profound look at how it is that we depend on the natural systems around us in ways we are not even aware of. In fact, he points out a simple but often unacknowledged truth, “Natural capital sustains financial capital.” The unique crossroads at which we stand compels us to make a courageous gesture reflecting this interconnectedness, yet we frequently feel utterly deflated by the popularly held conception that there is simply no use in trying. In order to move forward, we must acknowledge that we cannot do so without bringing our own shadow with us and that if we continue with significant unconsciousness, this, in turn, has the potential of souring any step we take.

Photo by Elena Mozhvilo on Unsplash