Vernadsky’s Revolutionary Vision of the Biosphere

In 1926, Vladimir I. Vernadsky introduced the term “biosphere” to the scientific world in his seminal research paper “The Biosphere.” Many of his ideas outpaced their time, but we’ve finally been starting to understand what he meant. We can continue to uncover Vernadsky’s comprehensive mind through the writings he left, such as essays like Geochemistry & the Biosphere.

The following video examines the groundbreaking work of Vladimir Vernadsky and the ways that his ideas continue to inform scientists today.

He was born in the 19th century, the prime of his career was in the 20th century, but to talk about Vernadsky’s work we can look at the present day: 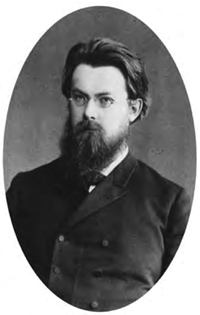 At an Antarctic research station, his idea of bio-inert bodies is shedding light on the life that exists below the surface of the rocks. Communities of green cyanobacteria thrive as they conduct photosynthesis with sunlight that penetrates the top layer of rock. The interaction of the rock and cyanobacteria forms a system of life, creating a unique, natural bio-inert body. Vernasky coined the term “bio-inert substance” in 1926 to describe a substance that results from the interaction of living organisms and abiotic natural processes. But we don’t need to travel all the way to Antarctica to find an example of this phenomenon.

He advocated that all rocks, all materials on Earth contain the presence of life. The idea of “the everywhereness of life,” that life spreads in a way similar to gas throughout the biosphere was revolutionary. He conceived the idea of considering the living organisms on the planet as a whole, which he called “living matter.” This living matter participates in the geochemical processes of life on Earth, such as the Earth’s crust. This led to the formulation of the study of biogeochemistry. Vernadsky’s ideas were so comprehensive, they encompassed the interactions of systems into more holistic understandings of the processes on the planet. He formed generalizations at the largest scales of life based on examples from the smallest realms of matter.

He understood the unity of life to include all of the living organisms on the planet, bringing him to the concept of the biosphere. What is a biosphere? Vernadsky explored this question and included the deepest depths of the oceans in the hydrosphere, into the lithosphere including the Earth’s crust and extending upwards to the heights of the troposphere in the atmosphere surrounding us. The term biosphere was first coined by geologist Eduard Suess in 1875, but Vernadsky formulated the modern understanding of what we mean when we talk about the biosphere.

Many misunderstand the biosphere to mean a community of organisms, but Vernadsky was saying that the biosphere is the medium of life itself, the environment in which life exists and is created. Following successful research on Vernadsky’s biospheric ideas, UNESCO established Biosphere Reserves to serve to protect ecosystems and act as hubs for research. There are over 600 of these Biosphere Reserves around the world today!

John Allen, ecologist, writer, engineer and adventurer was the key ideologist who inspired the project of Biosphere 2. The works of Vernadsky, such as “Biogeochemical essays,” “Biosphere,” “Biosphere and noosphere” acted as the starting point of the experiment. The goal of the project was to create a self-sustaining, closed ecosystem that could support human life in an externally hostile environment. Seven biomes were created with the closed system of Biosphere 2: desert, savannah, tropical rainforest, ocean with coral reef and mangrove estuary, and an agricultural area for farming. Many lessons were learned about balancing oxygen and carbon dioxide levels for human life when considering the balance of soils and plant life within a closed system. One of the biggest lessons from Biosphere 2 is how little we understand of the incredibly complex nature of life in the biosphere. Vernadsky’s ideas continue to serve as the foundation for the ongoing research in Biosphere 2 which transcends disciplinary boundaries.

Vernadsky viewed all life as impacting the geological processes of the Earth, and considered humans to be “a geological force of planetary scale” in the short time that we have been on the planet. From his view nearly a hundred years ago, he foresaw the Anthropocene Era, describing how through human activity the features of the Earth are being converted along with the entire biosphere. 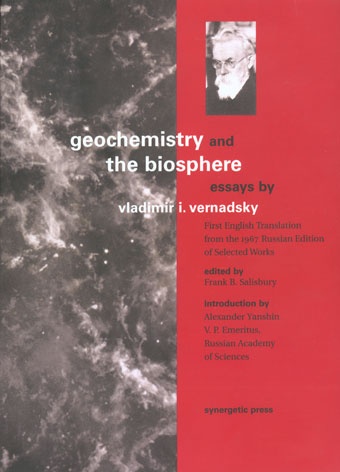 he power of humans in this situation, according to Vernadsky, is the power to predict and foresee possible outcomes. In foreseeing what may happen, we have the power to change our behavior. The biosphere with intellect “noos” becomes the noosphere. In his final work “A few words on noosphere” in 1944 he wrote, “…We are now experiencing a new geological evolutionary alteration of the biosphere. We are entering the noosphere…” The idea remained undeveloped by Vernadsky with his passing, but we continue to work with the concept today. With the coming of the noosphere, humanity will work with nature in facing critical conditions with technology and insight. Vernadsky remained optimistic that reason will win and bring not only power to humanity, but also a sense of self-restraint based on an understanding of our place in the biosphere.

The comprehensive, scientific mind that Vernadsky brought to our understanding of life has increased in relevance since his lifetime. His visionary viewpoints are captured in Geochemistry and the Biosphere: Essays by Vladimir I. Vernadsky. Now available in an ebook edition, Geochemistry and The Biosphere contains Vernadsky’s groundbreaking work on the biosphere and the noösphere, as well as his seminal work on geochemistry. A recognized catalyst written over sixty years ago, this premier scientific work addresses in detail humanity’s impact on the living systems of the planet. An understanding of Vernadsky’s work is absolutely crucial to grasping planetary processes and acting as better stewards of the earth.

You can purchase paperback and ebook editions of Geochemistry and the Biosphere: Essays by Vladimir I. Vernadsky in our bookstore.

Interview With Tony Juniper: 'No Nature, No People'