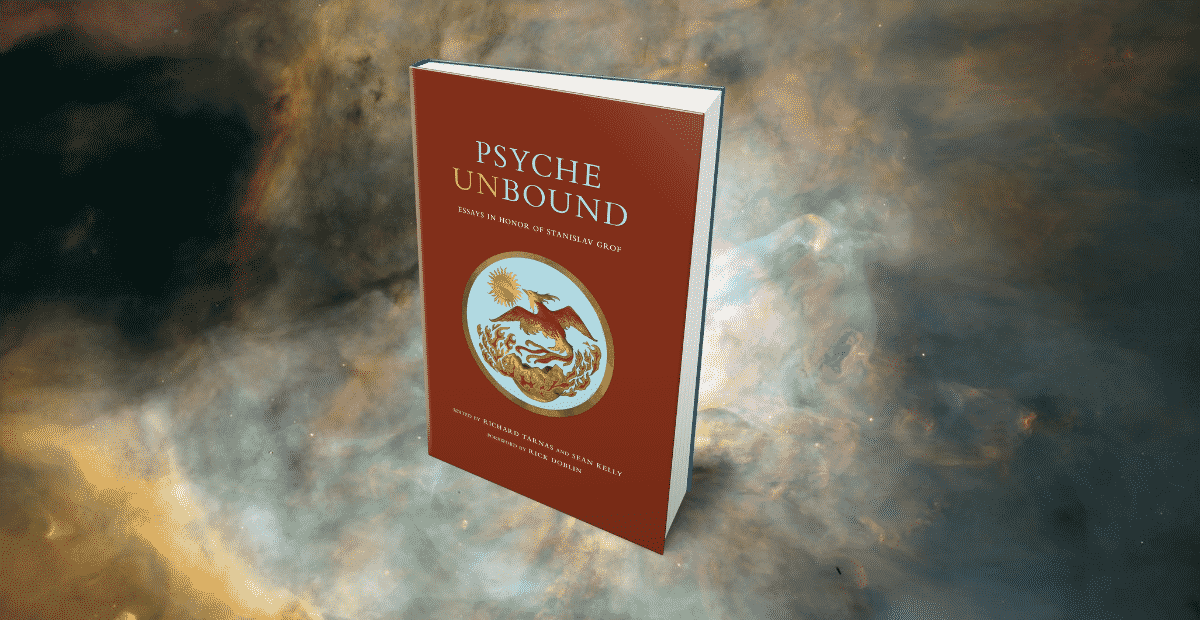 SANTA FE, N.M. — Psyche Unbound: Essays in Honor of Stanislav Grof is an extraordinary compilation of twenty-two essays that honor the path-breaking lifework of Stanislav Grof, MD, PhD, the world’s leading researcher in psychedelic-assisted therapy, breathwork, and the exploration of non-ordinary states of consciousness. This new collection, copublished by Multidisciplinary Association for Psychedelic Studies (MAPS) with Synergetic Press, will be released on January 11, 2022.

Dr. Grof, a founder of transpersonal psychology, is recognized by many as having both inherited and extended the great revolution in psychology begun by Freud and Jung. His investigations of the nature and healing potential of non-ordinary states of consciousness led him to propose a model of the psyche which honors the full range of human experience. Unconstrained by the dogmatic prejudices of mainstream psychology and of the dominant reductive, mechanistic, and materialistic-scientific paradigm, Grof offers a liberated, and liberating, vision of psyche unbound.

Edited by Richard Tarnas, PhD, and Sean Kelly, PhD, Psyche Unbound has already received praise from some of modern psychology’s most formidable academics and visionaries.

“What is remarkable about this book is that while each essay discusses, describes, or elaborates on a major concept or contribution of Grof’s, few of the essays overlap in any meaningful way,” says James Fadiman, PhD, author and pioneer of psychedelic therapies, of the collection. “The result is a volume of original thinking, speculation, and elaboration that is deeply satisfying in its exploration of ways of knowing Grof encountered or created during his long career.”

Psyche Unbound: Essays in Honor of Stanislav Grof, which features a foreword by Rick Doblin, PhD, founder of MAPS, will be released January 11, 2022.

More information about the book, including biographies of Grof and collection editors Tarnas and Kelly, can be found here.

“Brilliant and deep, this volume celebrates and illuminates Stan Grof’s genius. His profound vision has created a powerful new paradigm for psychology, medicine, human and social development, and for understanding the nature of consciousness. His groundbreaking research and vast experience offers us wisdom, a wise heart and whole beneficial new perspectives across multiple fields. A truly important worthy tribute.”  — Jack Kornfield, PhD, Author of A Path With Heart

“An inspiring, highly personal look at Stanislav Grof’s groundbreaking work, and how it has created the modern foundation for what we now know as transpersonal psychology. This inspiring festschrift compiles twenty-two anecdotal and analytical essays from leaders in their fields whose work has been influenced by Grof, and relays the breadth and significance of Grof’s insights and theories throughout the years.” — Zaya and Maurizio Benazzo, Science and Non-Duality (SAND) Founders and Organizers

“The festschrift is literally a tour de force. It weaves together insights into the transformative nature of consciousness throughout—and beyond—our lifespan. Wisdom is shared by leaders in this fascinating field and they open the shudders to an expanded horizon of human potentials. Psyche Unbound deserves a front row seat in the dynamic play of consciousness in a post materialist world.”— Marilyn Schlitz, PhD, MA, Professor, Sofia University, Author of Death Makes Life Possible and Living Deeply: The Art and Science of Transformation

'The Bear is My Father', a celebration of Muscogee Creek Nation Spiritual Leader Marcellus Bear Heart Williams to publish in January 2022