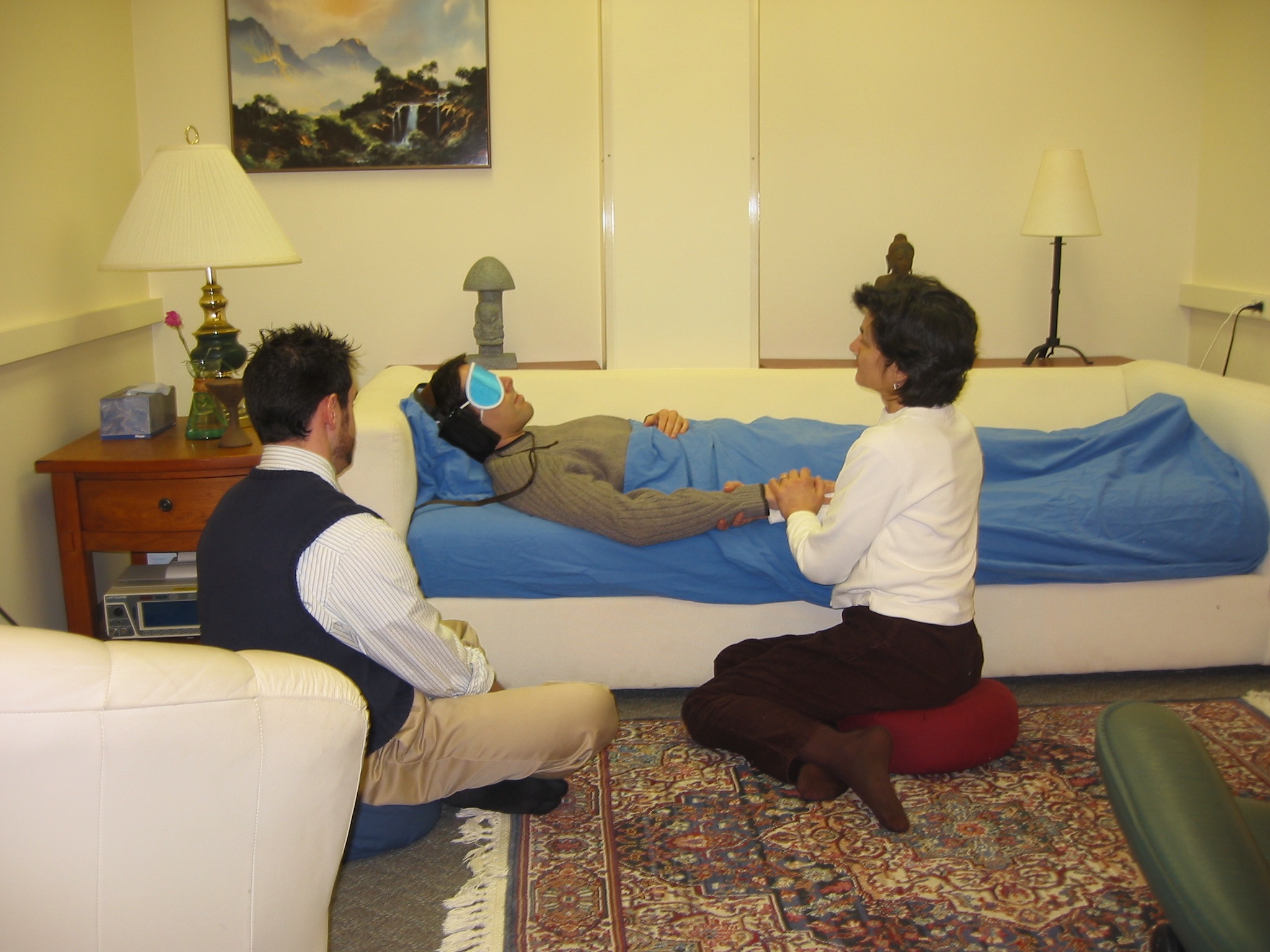 Psychedelics are front and center of a new and rapidly growing medical industry that recognizes their profound healing potential. More and more people are taking psychedelics in clinical settings, with trained therapists guiding them through unpredictable terrain, helping them process and heal their wounds.

However, as psychedelics become medicalized we are urged to explore the question: should a therapist have personal experience with psychedelics before working with clients who are on psychedelics?

For those who’ve taken psychedelics and understand how utterly strange (and at times immensely challenging) the experience can be, the answer may feel like an obvious yes. While each psychedelic experience is unique, the thread that binds virtually all of them is their ineffability. Trusting someone to help you navigate that space can be difficult if they haven’t occupied it themselves.

But as psychedelics intersect with western science, intuition alone cannot satisfy modern medicine’s inquiries around efficacy and safety. One possible solution is that space must be made for the perspectives of indigenous communities who’ve worked with psychedelic medicines for time immemorial and understand them in ways that transcend western epistemological frameworks.

COMPASS Pathways, a UK-based mental healthcare company working with synthetic psilocybin, states on their website that therapists are not recruited based on their “willingness or desire” to take psychedelics. According to COMPASS, until evidence suggests otherwise, the best predictors of safety and optimal clinical outcomes are emotional maturity, compassion, and clinical therapeutic experience.

So far, there is no evidence within western medicine that suggests otherwise. Arguably, it is for lack of trying. As Elizabeth M. Nielson, Ph.D., and Jeffrey Guss, MD write in their article “Should Psychedelic Therapists Have First-hand Experience with Psychedelics?” for Chacruna, “no contemporary studies have systematically studied whether or how therapists’ first-hand experience with psychedelics affects clinical outcomes in psychedelic therapy.”

When psychedelic therapy first garnered interest from medical practitioners in the mid-20th century, shortly after Albert Hofmann discovered LSD in 1943, researchers and clinicians “stressed the value of direct experience with a psychedelic compound” in order to be successful as psychedelic therapists, write Nielson and Guss. Hofmann wrote that first-hand experience would allow the therapist to truly understand the “strange world of LSD inebriation” and its related phenomena in their patients.

But due to restrictive drug laws in the 1960s, and the Controlled Substances Act of 1970, conducting those studies became virtually impossible. Psychiatrist and substance abuse researcher Herbert Kleber came the closest in the mid-60s when he designed a study that would compare the outcomes in patients undergoing LSD-assisted therapy treated by a therapist that had taken LSD themselves versus a therapist who hadn’t. The study was cut short when the Swiss laboratory Sandoz halted LSD production in 1965.

Should Doctors Have Direct Experience with Psychiatric Drugs They Prescribe?

Today, with the mainstreaming of psychedelics and their burgeoning reputation as legitimate therapeutic medicines, questions around what constitutes effective psychedelic therapy can be more formally investigated. But the unique nature of psychedelic therapy, which, as Nielson and Guss write, is an “unprecedented blend of pharmacological and psychotherapeutic approaches,” doesn’t fit squarely with the already established western medical models.

Contemporary psychiatry does not necessitate that a doctor has direct experience with any psychotropic medication they prescribe to patients. It’s a standard that, according to Nielson and Gus, hasn’t been fully examined. They say that as of June 2018, they were “unable to locate a single study on the relationship between psychiatrists’ personal use of pharmaceutical substances, their prescribing practices with psychotropic medicines, and/or effects on patient outcomes.”

Furthermore, in the 1960s, randomized controlled trials (RCTs), in which a treatment is randomly allocated to participants and isolated from the doctors prescribing them, became the “gold-standard” for demonstrating the efficacy of pharmacological treatments. While this approach may be effective with drugs such as antibiotics, Nielson and Guss say that psychiatric medicine, in particular psychedelic therapy, are “poor fits” for the RTC research method because of the psychotherapeutic intervention involved.

While psychoanalytic research and training values subjective personal experience, and doesn’t see it as potentially invalidating any research, pharmacological research values objectivity, and excludes personal experience as a source of knowledge. The “dual nature” of psychedelic therapy has generated “controversy regarding the relevance, importance, and danger of self-experimentation in the current psychedelic research,” write Nielson and Guss.

Healing with psychedelic substances is not exactly the uncharted territory of intrepid western researchers. Indigenous peoples have been the stewards of these medicines for centuries, and there exist rich traditions amongst various lineages involving the ceremonial use of plant medicines, in which shamans commune with plants as sacred sacraments. COMPASS’s claim that psychedelic therapists don’t necessarily need to be familiar with psychedelic modes of consciousness stands in stark contrast to traditional contexts in which only the shaman ingests the plant medicine.

As shamanic practitioner, Itzhak Beery, writes in his article “Are You Drinking Ayahuasca for the Wrong Reason?” for Lucid News, in some traditional contexts the shaman alone drinks the ayahuasca brew so that they may enter the “other world” and identify their patient’s ailment by penetrating both their physical and energetic bodies, clearing dark energies often with the aid of spirit animal helpers. Spirit worlds, energetic bodies, and animal guides are hardly the province of western science, a paradigm that fundamentally rejects intuitive wisdom in favor of rational, empirical knowledge. In her paper “The role of Indigenous knowledge in psychedelic science,” published by the Journal of Psychedelic Studies, Evgenia Fotiou writes that “in most cultural settings where ayahuasca is used, it is seen as an intentional agent, indeed a ‘plant teacher’, something that cannot easily be reconciled with scientific epistemology without broadening our lens.”

While western medicine enthusiastically embraces psychedelics, many believe we would be wise to meaningfully engage with indigenous perspectives, rather than uncritically appropriating these medicines into the current western framework, erasing those traditions. Fotiou argues that decolonizing psychedelic science “disrupts the legacies of colonialism and the systematic oppression of Indigenous peoples,” and could enhance western research efforts by widening its lens. For Fotiou, dismantling the hierarchy of knowledge systems that privileges western science above all others could allow for different perspectives and methodologies to coexist and contribute equally to psychedelic science going forward.

If this vision shared by Fotiou and many others is put into practice, it could help shed light on the tensions surrounding psychedelic therapy, and the challenges these medicines pose for the currently accepted medical standards. In the meantime, as Nielson and Guss suggest, the influence firsthand psychedelic experience has amongst psychedelic therapists and researchers deserves further investigation. 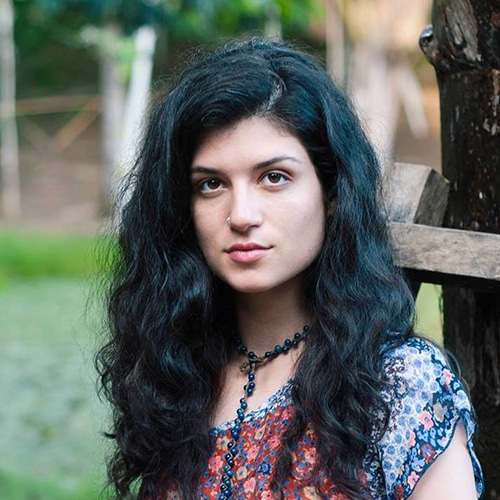 Faye Sakellaridis is an NYC-based writer and editor. She served as the managing editor for Reality Sandwich, the leading web magazine for the transformational community, from 2012 to 2019. She also managed the online blog for The Alchemist’s Kitchen from 2015 to 2018. In 2016, she was a recipient of the Cosmic Sister Plant Spirit Grant, a merit-based scholarship that financially supports women as they experience the profound healing and empowerment of journeying with ayahuasca in the Amazon rainforest. She earned both her Bachelor of Arts Degree in English and an M.F.A in Creative Writing (Fiction) from Queens College.

Thanksgiving 2020: Cultivating Gratitude and Resilience in Times of Hardship