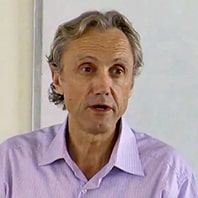 Richard Tarnas, Ph.D., is the founding director of the graduate program in Philosophy, Cosmology, and Consciousness at CIIS. He teaches courses in cultural history, archetypal studies, depth psychology, philosophy, and religious evolution. Formerly the director of programs and education at Esalen Institute in Big Sur, he is a graduate of Harvard University (A.B. 1972) and Saybrook Institute (Ph.D., 1976). He is the author of The Passion of the Western Mind, a history of the Western world view from the ancient Greek to the postmodern widely used in universities. His second book, Cosmos and Psyche: Intimations of a New World View, received the Book of the Year Prize from the Scientific and Medical Network, and is the basis for the upcoming documentary film Changing of the Gods. He is a past president of the International Transpersonal Association and served on the Board of Governors for the C.G. Jung Institute of San Francisco. His website is CosmosandPsyche.com.