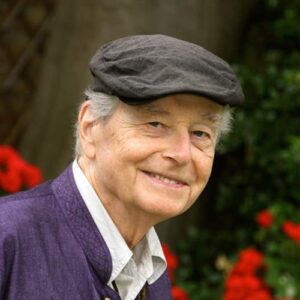 Ralph Metzner, PhD, (1936-2019) was a world-renown pioneer in the study of consciousness and transformative experience. His work stretched the boundaries of traditional psychology by incorporating shamanic methods that transform consciousness and expand understanding of the human psyche.

Metzner was involved in the study of transformations of consciousness since his time as a graduate student at Harvard University, where he worked with Timothy Leary and Richard Alpert (later known as Ram Dass) on the Harvard Psilocybin Projects. Metzner co-wrote The Psychedelic Experience in the 1960s and was editor of The Psychedelic Review. Metzner earned a Bachelor of Arts in philosophy and psychology from Oxford University and a PhD in clinical psychology from Harvard University.

During the 1970s, Ralph spent 10 years in the intensive study and practice of Agni Yoga, a meditative system of working with light-fire life energies. In the early 1970s he wrote Maps of Consciousness, one of the earliest attempts at a comparative cartography of consciousness; and Know Your Type: Maps of Identity, a comparative survey of personality typologies, ancient and modern. In the 1980s and for a 10-year period, Metzner served as Academic Dean at the California Institute of Integral Studies where he taught courses on “Altered States of Consciousness” and “Developing Ecological Consciousness.” He later became a Professor Emeritus at CIIS.

Metzner’s books include The Well of Remembrance, Green Psychology, Birth of a Psychedelic Culture, and two edited collections on the science and the phenomenology of ayahuasca and teonanácatl. He also wrote The Unfolding Self: Varieties of Transformative Experience, first published in the 1990s. A new printing of The Unfolding Self was published by Synergetic Press in 2022.