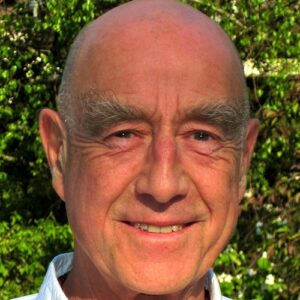 Dieter Hagenbach (July 24, 1943 - August 17, 2016) was born in Basel, Switzerland and studied architecture and the arts at the Academy of Fine Arts, Düsseldorf, Germany. In 1975 he founded Sphinx publishing house, with works by Joseph Campbell, H.R. Giger, George Gurdjieff, Jean Houston, Timothy Leary, John Lilly, Terence McKenna, Alan Watts, Robert Anton Wilson, among others. From 1977–1986 he was editor of Sphinx magazine and the German language edition of the Brain/Mind Bulletin.

Hagenbach met Albert Hofmann in the mid-1970s and remained his friend until his death. In 1986, Hagenbach he published Hofmann’s book, Einsichten Ausblicke (Insight Outlook). From 1990–2005 Hagenbach acted as a literary agent. In 1993 he launched the Gaia Media Foundation. He was initiator and program manager of the international symposium “LSD – Problem Child and Wonder Drug” in Basel in 2006, on the occasion of Albert Hofmann’s 100th birthday, and was in charge of the program for the 2008 “World Psychedelic Forum” in Basel. In the 2000s, Hagenbach served as editor of the Gaia Media Foundation website and the monthly electronic GoodNewsLetter. In 2013, along with Lucius Lucius Werthmüller, Hagenbach co-authored Mystic Chemist (Synergetic Press), which chronicled Hofmann's life and discovery LSD.