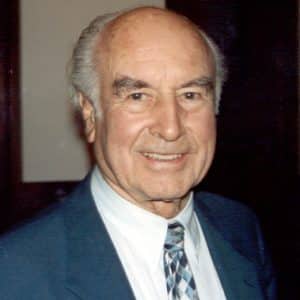 Albert Hofmann (1906 - 2008) was a Swiss scientist known best for being the first person to synthesize, ingest and learn of the psychedelic effects of lysergic acid diethylamide (LSD). He authored more than 100 scientific articles and a number of books, including LSD: My Problem Child: Reflections on Sacred Drugs, Mysticism and Science. In 2007, Hofmann was named #1 out of 100 in Telegraph magazine’s 2007 ‘Top 100 Living Geniuses’ list, and in 2022, his pioneering work with LSD was featured in the 2022 Netflix documentary series “How to Change Your Mind.”