Meary James Thurairajah Tambimuttu (universally known as Tambi) founded Poetry London in 1939, which was controversial from the start. Attracting both enthusiasm and fury, some of the publications were lavish productions which are admired to this day, using the talents of leading artists such as Henry Moore, Gerald Wilde and Graham Sutherland. In the thirties, forties and fifties ‘Poetry London’ was the leading forum for artists and poets such as T. S. Eliot, Dylan Thomas, Lawrence Durrell and George Orwell among its many contributors and supporters. In this volume, the last publication made by the magazine’s founder and original editor Tambimuttu, is a collection of work from the new vanguard. 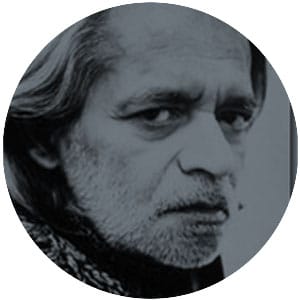