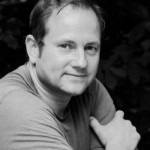 For more than two decades, award-winning science and environmental journalist, Christian Schwägerl has researched how humans, nature, and technology interact.

Schwägerl is inspired by the idea of Nobel Prize-winning chemist Paul Crutzen who argued that we are living in a new geological epoch, the Anthropocene, a time in which human dominance of Earth’s biological, chemical and geological processes is an undeniable reality, presenting us with a new role as planetary stewards.

But what does it mean to live in the Anthropocene? Schwägerl investigates this question by visiting some of the last pristine places on Earth, exploring rising megacities and witnessing the devastation of forests and coral reefs. Melding rigorous scientific training with his experience as a journalist, he has covered high-profile political and environmental conferences, and interviewed key figures influencing the course of our future. The result is this thoroughly researched, comprehensive overview of our planetary situation and outlook. Schwägerl presents tangible solutions to our global crises, and shares his vision of a world that balances ecological sustainability,economic prosperity, political justice and cultural vibrancy.

Look Inside This Book

“This is a splendid introduction to the Anthropocene by one of its most eloquent celebrants. I’m especially moved by Schwagerl’s conversations with Paul Crutzen and other scientists at the heart of the Anthropocene debates…. Scholars will appreciate his long tenure with the subject and the depth of his research.”
— Diane Ackerman, author of The Human Age

One of the most inspiring and enlightening books I’ve ever read.
John Allen, FLS Pioneer in Biospheric Science, Inventor of Biosphere 2

The Anthropocene is skillfully investigated. It invites us to join a dawning Age of Humans, where total responsibility is fundamental in our value system.
Prof. Reinhold Leinfelder Fmr. CEO, Museum of Natural History, Berlin