The Renaissance of Tibetan Civilization 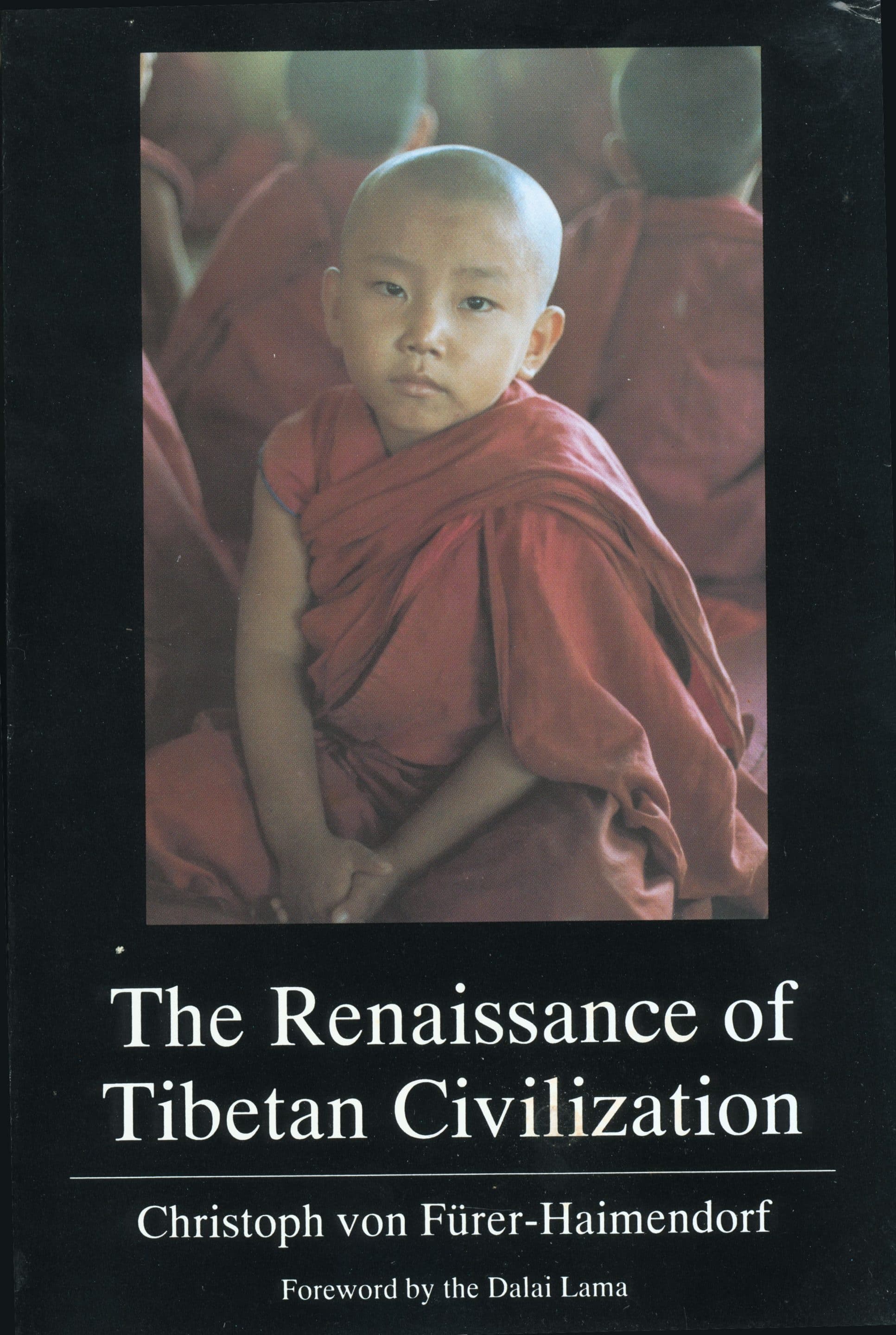 Christoph von Fürer-Haimendorf was born in Austria, and he studied anthropology at the University of Vienna and University of London. In India he began his field research with a study of the Naga tribes and extended his studies to the tribal populations of Hyderabad state, Orissa and Arunachal Pradesh. He served with the Government of India in the North East Frontier Agency from 1944 to 1945. In 1951, as Chair of Asian Anthropology at the University of London, he established the Department of Anthropology in the School of Oriental and African Studies. He concentrated on the study of the hill people of Nepal from 1953 to 1983 and laid the foundation for the anthropological exploration of Nepal with his book The Sherpas of Nepal, Caste and Kin in Nepal, India and Ceylon and Himalayan Traders. Since his retirement in 1976, he has continued his studies of tribal groups of India and Nepal, and authored numerous articles and books including The Sherpas Transformed and The Renaissance of Tibetan Civilization which documents the rebuilding of Tibetan culture in India and Nepal since the Chinese invasion of Tibet in 1959.

The young ruler of Tibet donned the traditional garb of a Tibetan tribesman and fled on horseback to India to escape the Chinese occupation of his homeland. The 14th Dalai Lama arrived in India in the spring of 1959, the first and most illustrious refugee of the waves soon to pour out from the ancient ‘Forbidden Kingdom’.

The Renaissance of Tibetan Civilization is an inspiring story of the power of courage and hope—the story of refugees who arrived destitute at the frontiers of India and Nepal, yet a mere forty years later have managed to rebuild the essential patterns of Tibetan culture in exile as a legacy for the future.

The book documents the struggle for survival and the emerging way of life of individual refugees and families, as well as their construction of religious and artistic traditions. Per Kvaerne appends an essay on the Bön religion which augments the background material necessary for understanding the ingredients of the diaspora. The forced exodus of Tibetan culture is one of the most remarkable stories of our time: how an enclosed and highly conservative community assumed global significance, in the realm of politics as well as in the realm of culture. The tragedy of Tibet has enriched the world by giving it access to the high intellectual and artistic values which gave Tibetans their sense of meaning.

This book gives a comprehensive pciture of the past thirty years of Tibetan history and is anecdotal in tone, informed and enhanced by understanding and sympathy.—Thubten Samphel, Tibetan Bulletin

From the pen of a distinguished anthropologist, this work begins to fill a major gap in our knowledge about Tibetan civilization in the Indo-Nepal diaspora. Considering that the Tibetan question is still far from settled, it is important that people become better informed about the trials and successes of this model refugee communty. I warmly recommend the work.—Dr. Robert A.F. Thurman, Professor of Indo-Tibetan Buddhist Studies, Columbia University

… a sympathetic and thorough study of the social forces and unflagging determination which have enabled Tibetan refugees to maintain their national identity, rebuild their communities and re-establish their culture… in exile following the tragedy that has taken place in their homeland.—His Holiness the Dalai Lama, from the Foreword

Be the first to review “The Renaissance of Tibetan Civilization”