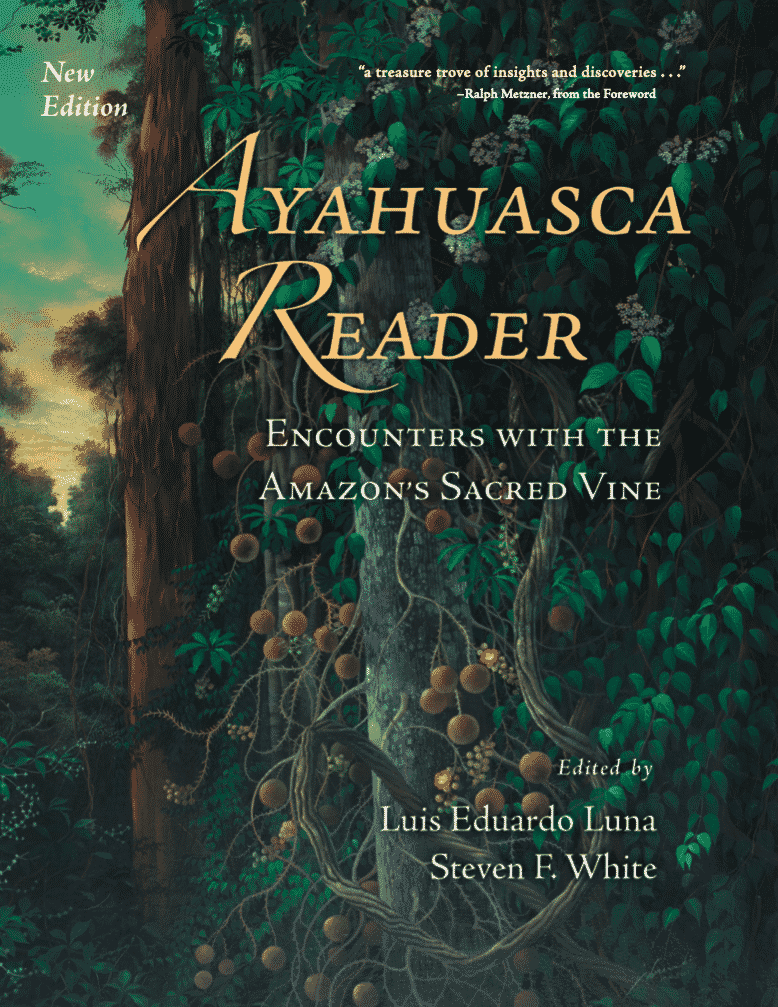 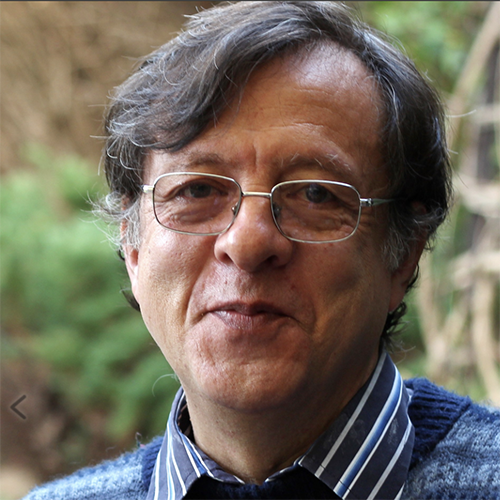 Luis Eduardo Luna was born in Florencia, in the Colombian Amazon region. He is both a Guggenheim fellow and Fellow of the Linnean Society of London. Luna worked with Pablo Amaringo to establish the internationally recognized USKO-AYAR Amazonian School of Painting in Pucallpa, Peru. From 1994-1998, he taught as a Professor of Anthropology in Brazil, and currently teaches as a Senior Lecturer at the Swedish School of Economics in Helsinki. He has also been an Associate of the Botanical Museum of Harvard University since 1986. 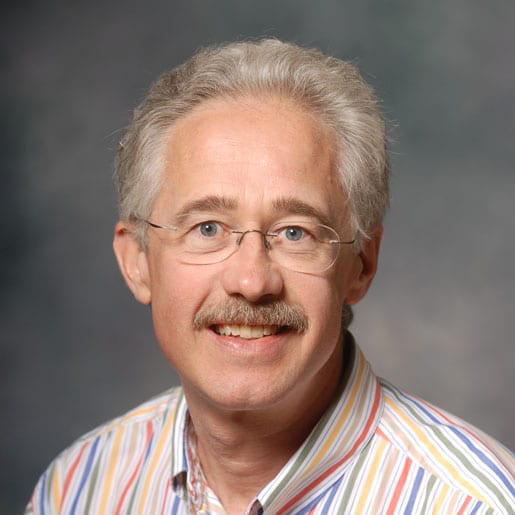 Born in Abingdon, Pennsylvania. Has lived and worked in many Latin American countries, a bilingual editor, translator and poet. Since 1987, teaching at St. Lawrence University and is a co-founder of its Caribbean and Latin American Studies Program.

The Essential Guidebook to Understand the History, Myths and Cultural Use of Ayahuasca

Join dozens of adventurers, anthropologists, artists, shamans, scientists and poets on a journey to remote regions of the Amazon and to the far reaches of the human psyche.

The new, expanded edition of Ayahuasca Reader shares many distinct voices of the global ayahuasca movement: researchers conducting clinical studies on its healing effects, painters depicting the ineffable experience with visionary images, indigenous people carrying the wisdom of ancestral traditions, and the stories of how ayahuasca has opened these individuals to their connection with the natural world and their true selves.

“Ayahuasca has a very insistent message. It’s one of those universals that almost everyone who drinks the brew sooner or later reports. It’s about the sacred, magical, enchanted, interconnected, infinitely precious nature of life on earth, and the interdependence of material and spiritual realms.” –Graham Hancock in Ayahuasca Reader

The Ayahuasca Reader is a five-part anthology which shares myths passed down over generations of Amazonian healers, personal testimonies of encounters with Amazonian cultures, a selection of hymns and texts from the religions using ayahuasca as a sacrament, writings from well-known figures in the literary world on the lasting influence of their experience, and a section of transcendental visionary color art to illuminate our understanding of ayahuasca. This comprehensive collection of writings has been expanded and updated, with a new section of ayahuasca inspired art and other resources to draw readers even deeper into the mythic mysteries of the Amazonian brew that has been gaining attention around the world.

The texts chosen for this book contain translations from nearly a dozen languages, representing the voices of many different Amazonian peoples and the diversity of their cultural approaches to working with ayahuasca. The contributors also include legendary scholars of Amazonian plant medicine such as Wade Davis, Dennis McKenna, and Richard Spruce; cultural icons like Allen Ginsberg and Alex Grey; and recognized shamans and spiritual leaders such as Raimundo Irineu Serra, Fernando Payaguaje, and Alberto Prohaño. This new edition also includes essays from prominent visionary figures including Graham Hancock, Jan Kounen, Jeremy Narby, Susana Bustos and others.

The Ayahuasca Reader provides an extensive introduction to plant medicines, Amazonian indigenous cultures, and psychedelic/entheogenic journeys, while also offering in-depth information on the effects and experience of ayahuasca, the cultural context from which its preparation and use has emerged, and its blossoming impact worldwide.

ABOUT THE EDITORS: Co-edited by two highly respected and distinguished experts in the field. Luis Eduardo Luna (b. 1947), author of several books, is Director of Wasiwaska, Research Center for the Study of Psychointegrator Plants, Visionary Art and Consciousness, based in Florianópolis, Brazil. Steven F. White (b. 1955), is Professor of Modern Languages at St. Lawrence University, cofounder of its Caribbean and Latin American Studies Program, is a bilingual editor, translator and poet.

The Ayahuasca Reader is a seminal, benchmark publication and will be of intense interest to students of Amazonian indigenous culture, Native American spirituality, and metaphysical cultures.—Midwest Book Reviews (1st edition)

Featuring many of the best scholarly and literary writings on ayahuasca and related shamanic practices, and including a gallery of exemplary visionary art, in its second edition fifteen years downstream from the first, this compendium is a must have for any serious researcher of the visionary brew.
—Graham St John, author of Mystery School in Hyperspace: A Cultural History of DMT

…the curanderos, daring scientists, and visionary artists represented here are voices in the vanguard helping us to understand what it will really mean to be an Earthling in the years to come.
—Michael Garfield, Artist/Futurist, Global Communities Director of Symbio Life Sciences

Gives scholarly, acute, practical takes on one of the most remarkable substances any shaman has ever mastered.
—John Allen, FLS, Inventor of Biosphere 2, Pioneer of Biosphere Science

Given the plethora of publications on ayahuasca, it is sometimes difficult to know which are the worthiest. That being said, the Ayahuasca Reader is a classic.
—Mark Plotkin, PhD, ethnobotanist, Director of Amazon Conservation Team

The update of the invaluable Ayahuasca Reader focuses on the particular South American vine that has become so popular globally and in its pages combines the scientific evaluation of the human interaction with the plant (pre-and-post McKenna) along with a chunk of lyrical and spell-binding storytelling – and this wedded to a bunch of intrepid and visionary art. It’s a book that’s a keeper for the spirited and for the mind, and an antidote for anyone who’s sensing her/his brain is half dead from pop culture or the corporate news. Enjoy.
—Jay Levin, Founder and former Editor-in Chief, LA Weekly newspaper

The new and expanded edition is an interdisciplinary cornucopia, a comprehensive volume overflowing with valuable insights, paradigm-shifting discoveries, and a bounty of rare knowledge. … This absolutely fascinating book is essential reading for anyone interested in this sacred shamanic plant medicine.
—David Jay Brown, author of Dreaming Wide Awake and The New Science of Psychedelics

The new Ayahuasca Reader is full of essential material for those interested in this incredible visionary medicine, which continues to spread across the world. Essays range across subjects including tribal mythology, anthropology, and personal encounters. The book is a welcome and necessary addition to the literature on Amazonian shamanism.
—Daniel Pinchbeck, author, Breaking Open Your Head and How Soon is Now?

This book is a classic in the ayahuasca literature. The first edition published in 2000 was for many seekers of plant wisdom, their first dive into the vast published literature that exists around this fascinating medicine. Since then there has been an explosion of interest in this topic and an equally impressive growth in books and movies on ayahuasca, all purporting to be the definitive source of information. Luna and White’s new edition of the Ayahuasca Reader incorporates many new articles and an entirely new section of color plates reproducing the works of some of the most admired artists whose work constitutes a rich illustrated chronicle of the visionary realms accessed via this amazing plant medicine. Even if you already have the first edition on your shelf, you will want to add a copy of the second edition to your collection (and you’ll want to tell your friends too!)
—Dennis J. McKenna, PhD, ethnopharmacologist, Director of Ethnopharmacology, Heffter Research Institute

Gripping myths, rituals and initiation rites; heavens, hells and other worlds; healing, therapy and spiritual growth. With all this as well as the chemistry and biology of this very special brew, this book is everything a ‘Reader’ should be, broad, comprehensive and enticing.
—Susan Blackmore, psychologist & memeticist

An incredibly fascinating anthology of human attempts to express ineffable experiences facilitated by ayahuasca in verbal reports, scientific reflections, poems, songs and art. A rich, interdisciplinary resource for anyone intrigued by the frontiers of consciousness and its exploration.
—William A. Richards, Ph.D., Johns Hopkins School of Medicine, Author of Sacred Knowledge: Psychedelics and Religious Experiences

A wonderful book of vivid reports, illuminating every aspect of Ayahuasca‘s own world, covering all that matters about these plant spirits and their worldwide impact. If we can accept the help of those whose life work has been to join with the plants and take in the deep truths of our genuine interpenetrated connection with all forms of life, The Ayahuasca Reader will support us in becoming more fully human. This book is a basket of jewels: of experiences, of visions, of miracles and of people like ourselves who have tasted and learned and returned to tell us their stories so we might be more open to our own.
—James Fadiman, PhD, psychologist, researcher and author, The Psychedelic Explorer’s Guide

The Ayahuasca Reader explains the necessity of integrating ayahuasca into Western culture, and educated its readers to do their part to facilitate that process.
— Rick Doblin, PhD, Founder & Executive Director, MAPS

The second edition of the Ayahuasca Reader confirms that it is an invaluable resource and a must-read for anybody interested in ayahuasca.
—Jeremy Narby, PhD, Amazonian Project Director, Nouvelle Planete

2 reviews for Ayahuasca Reader: Encounters with the Amazon’s Sacred Vine