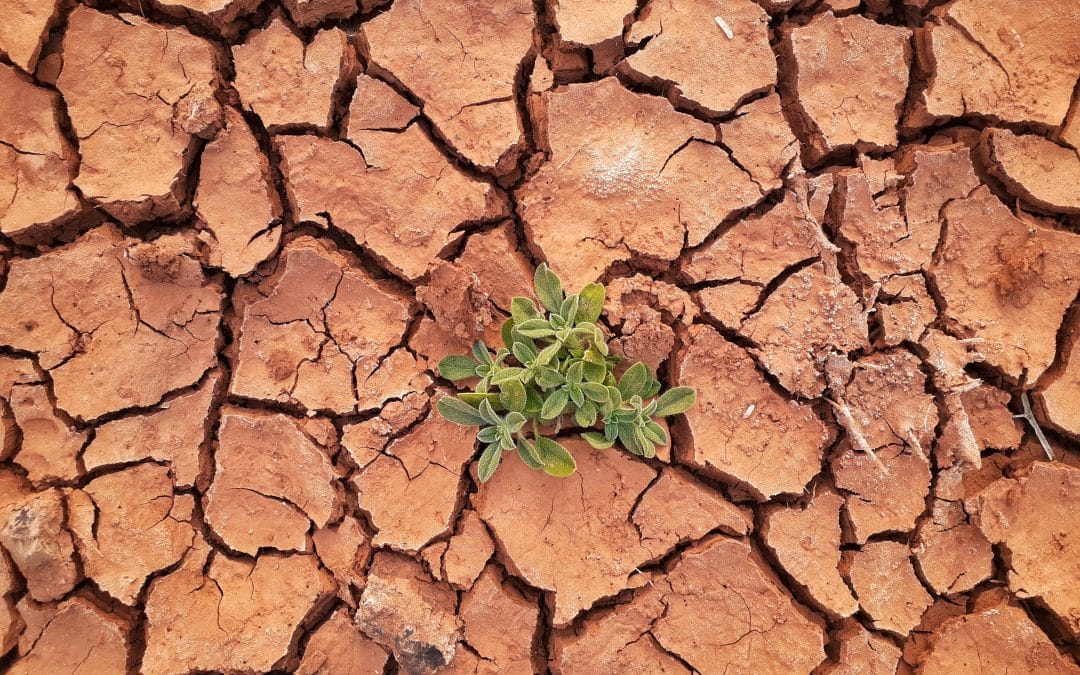 As is shown by extreme weather events that have affected nearly every corner of our world, the climate crisis is coming closer to all of us. The evidence is plenty: unimaginable heat records are being set across the northern hemisphere, droughts are creating unlivable conditions, unstoppable fires are raging in some of the world’s largest forests, and floods are displacing millions while taking hundreds of lives. The past few years have certainly demonstrated that these extreme events are becoming more common and a media landscape inundated by these images can produce a kind of fatigue or sense of normalcy. However, looking at the data from these climate occurrences can shed some light on the scale of what we are dealing with.

Above-average temperatures across the Western U.S. have combined with below-level precipitation resulting in a widespread drought that has made life difficult for farmers in the region and created circumstances making wildfires more likely and more dangerous. Drought conditions in Western states have prevailed for nearly 20 years leaving many reservoirs with record low levels of water including the nation’s largest reservoir, Lake Mead. Lake Mead supplies water to around 20 million people in California, Nevada, and Arizona currently holds just 35% of its capacity. River flows throughout the region have been likewise affected by the drought, threatening to disrupt power plants that rely on those flows to generate electricity for large numbers of people. A warming climate has the potential to exacerbate these problems significantly for as Radley Horton from Columbia University notes, “You’re effectively going to see more evaporation of whatever moisture there is into the atmosphere much earlier. So suddenly, the risk of things really drying out before the rains come again the next fall isn’t just a little higher. It’s a lot higher than it would have been.”

As experts have suggested throughout the past decades, our changing climate is resulting in more extreme weather throughout the globe with an increase in intensity and frequency of events previously thought to occur once in a lifetime. Devastating floods in Europe have made clear that unprecedented weather may be the new norm. Over a two-day period on July 14th and 15th, several European countries including Germany, Belgium, the Netherlands, and Luxembourg saw as much rain as was expected in two months leading to the deadly floods in river basins of the region. In the past few days, massive downpours have affected China’s Henan province where the capital city of Zhengzhou saw a full year’s worth of rainfall during just four days. Additionally, unprecedented floods in the Maharashtra region of India have led climate scientist, Roxy Koll of the Institute of Tropical Meteorology, to note that “We already see a threefold rise in widespread extreme rains that cause floods across India.”

From Mismanagement to Movement

Shocking as it is to see these disasters throughout the world, it is perhaps just as surprising to witness the failure in our collective capacity to effectively adapt to these conditions. We live in an era acutely marked by a developing ability to organize groups of people on a large scale. Our lives are filled with instruments and systems designed, produced, and utilized by large (and growing) groups of individuals collectivizing their efforts in a variety of ways. Is it then a matter of what incentivizes us to collectivize, does that determine whether we choose to work together toward some common goal?

The evident increase in our capacity to collectivize our impact upon our material world has not yet resulted in a more gracious interaction with it. Resilience and adaptability are, however, innate human qualities and perhaps it is these significant changes in our environment that will galvanize our actions. Liz Bentley from the Royal Meteorological Society in the UK points out that, “It often takes a massive high-impact event to change attitudes to the climate – so let’s hope what’s been happening recently with extreme weather will raise the will to tackle the problem.” Our role must shift from spectators to participants, with the proximity and prevalence of climate disasters informing the actions we are willing to take in order to become collectively responsible for the world we live in.

Photo via Renzo D’souza on Unsplash.