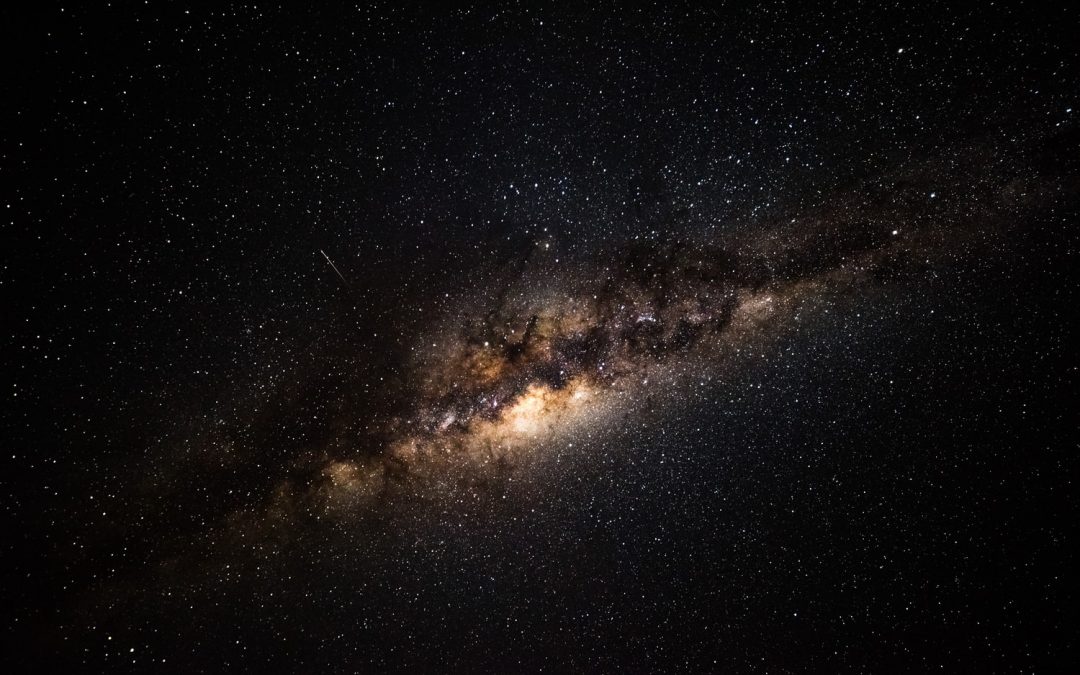 The noosphere is a term used to describe how human consciousness and mental activity has influence on the biosphere, including its relation to planetary evolution. The word’s origin is associated with the thought of a few seminal thinkers of the early 20th century, including philosopher Eduard Le Roy who coined the term, pioneering geochemist Vladimir Vernadsky, and paleontologist and theologian, Pierre Teilhard de Chardin. For each of them, the noosphere is a way to describe the evolutionary stage that we have arrived at in which the human capacity for thought has become a determinant factor in the development of our planet.

In Teilhard de Chardin’s body of work, the noosphere takes on a more explicitly spiritual role. His perspective sees the evolution of life and the universe manifested in the “birth of thought” in humankind. In his book The Phenomenon of Man, Chardin describes the significance of self-reflective consciousness for the direction that the universe itself has taken. It is of such importance that “Among all the stages successively crossed by evolution, the birth of thought comes directly after, and is the only thing comparable in order of importance to, the condensation of the terrestrial chemism or the advent of life itself.”

There were those who took up the mantle of Vernadsky’s ideas of the noosphere and the biosphere. One such project was the Biosphere 2 experiment in which an independent and autonomous biosphere was created by a team of scientists and researchers in Oracle, Arizona. The project housed six participants for two years as they lived inside the massive, enclosed laboratory, testing the limits of self-sufficiency and of the pursuit for environmental harmonization, in other words, the integral synchronization of the noosphere with the biosphere. Chairman of the Institute of Ecotechnics and Biosphere 2 crew member Mark Nelson, relates how Vernadsky’s thought was implicit in the experiment, asserting that as “humanity gained scientific understanding of the Earth and became more cognizant of the consequences of our actions, a noosphere (sphere of intelligence) would eventually arise.”

From the Noosphere to the Anthropocene

The noosphere describes the component parts of our planet that in some sense have given way to the Anthropocene. The deliberate modification of planetary elements (i.e. our ‘resources’) on a vast scale has come as a result of the systems that we have constructed through our collective manifestations of mind or nous. The Anthropocene era began as a consequence of the development of our capabilities to direct and transform our world. In a sense, the current geological stage that our planet has entered is defined by the indelible marks our kind is imprinting upon our environment.

Technology is shaping the landscape of our world. Because of the insular perspective that many hold toward their place and position in the broader context of life on planet Earth, the relevance of Vernadsky’s work and his approach to the 21st century is perhaps difficult to conceive, yet, it becomes apparent while examining the impact that our systems of organization, authority, and communication are having upon our planet. After all, those systems exist as the palpable materials and items we physically interact with, but they are also expressed in a mental/nous-based aspect that exists only as a reflection of the abstract conceptions we have in our mental and rational constructs.

Entering the Anthropocene creates an imperative for us to become capable of directing the impact we have on our planet with a modicum of responsibility. Vernadsky believed that the noosphere would become manifest after our world’s societies were unified under a singular overarching and bonding system, a characteristic prominently displayed in our world today through the large and diverse networks present in our lives. Examples of our use of materiality are everywhere around us, just as are instances of the blending of our developed mental faculties with the applications of our technologies. We are coming to an unprecedented elaboration of new languages with new expressions through the blending of our society with an expanding array of technological applications.

Artwork via Brett Richie on Unsplash.