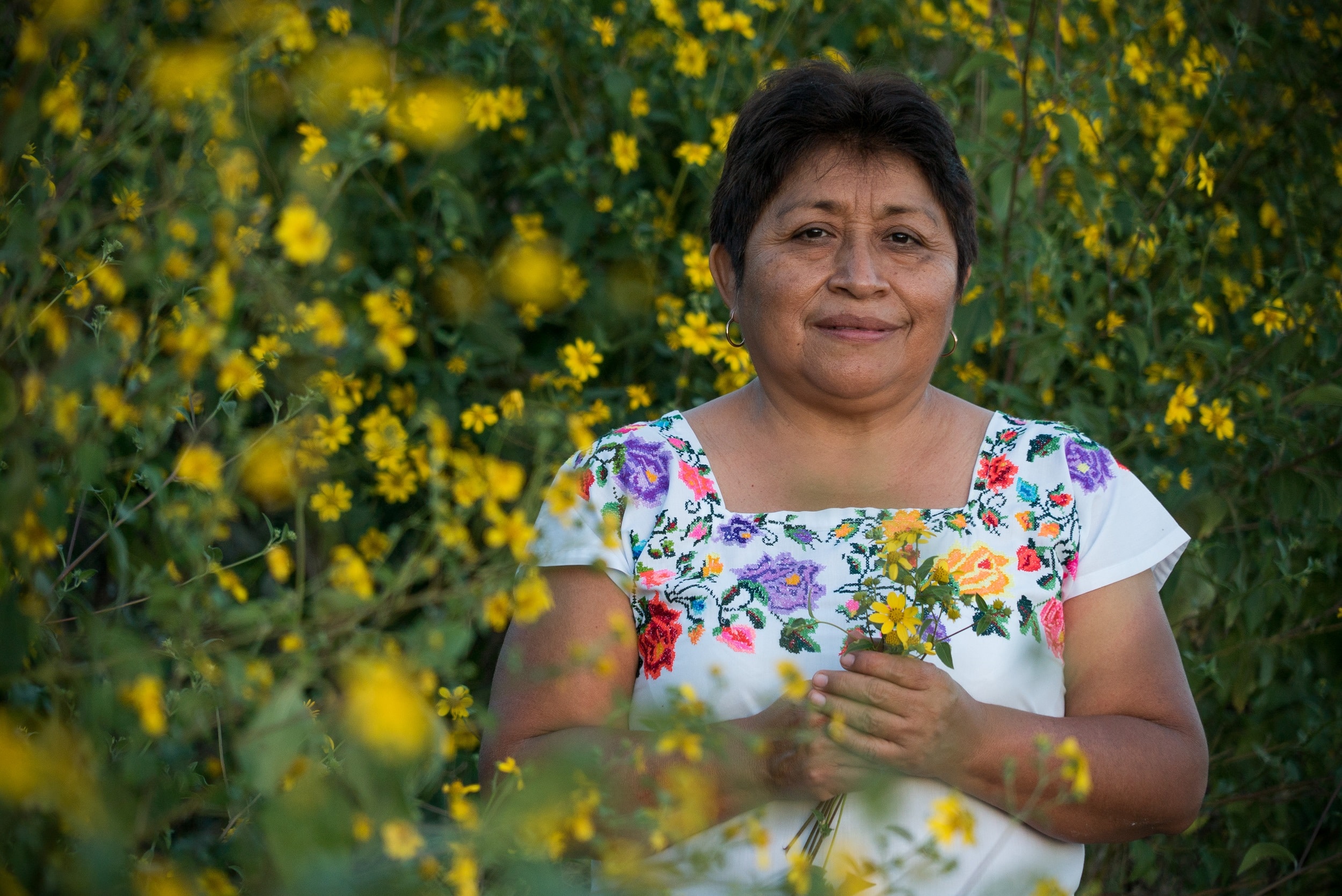 For the past decade, indigenous beekeeper Leydy Pech has been at the forefront of a battle protecting her homeland’s environment and way of life. She has been recognized in her efforts to protect the livelihoods, territories, and traditions of her community and standing up against the use of glyphosate and GMOs in the Mexican state of Campeche, located in the Yucatán peninsula. 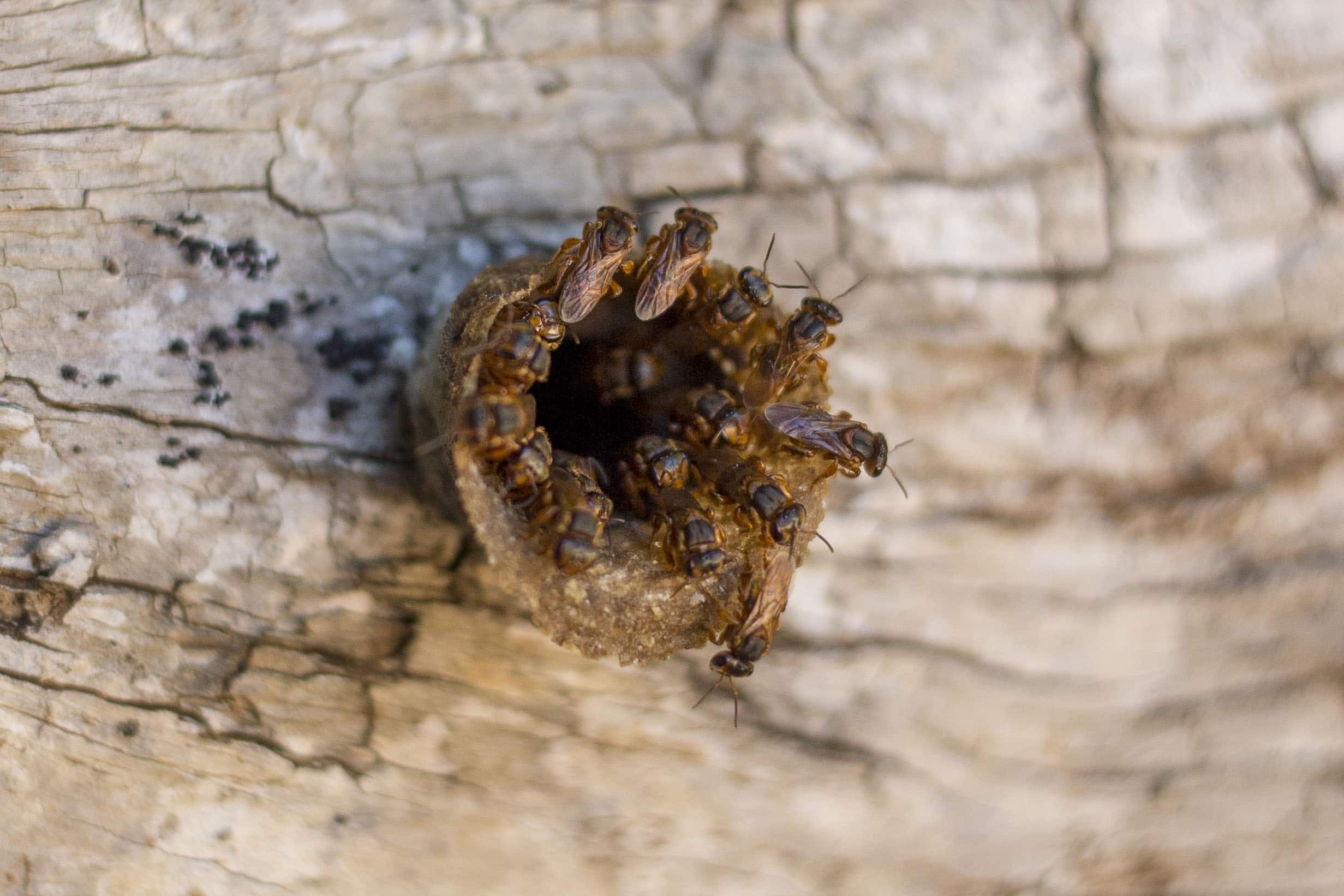 Pech hails from the Maya community of Hopelchén, where the practice of traditional indigenous beekeeping has been preserved in its ancestral form, using the Melipona Beecheii species, a type of stingless bee native to the peninsula. The traditional practice, which Pech learned from her grandfather, consists of using hollow logs to keep hives and then harvesting honey, beeswax, and ‘royal jelly’ from them.

Maya beekeeping is a tradition more than two thousand years old and is the only type of apiculture that originated in a tropical climate. Bees hold a sacred and privileged position in the cosmology and mythology of the regions’ Maya people who call the bees xuna’an kab or colel-kab (“royal lady”) and recognize their vital role in nature’s equilibrium.

In addition to the honey’s use as a sweetener, the products harvested from the hives are used in many indigenous natural remedies as well as religious rituals and ceremonies. The products are also used to make balché, a mildly intoxicating drink used in ceremonies reverencing the bee’s role in the greater cycle of life. Such is the link between Maya culture and bees that the Maya language of that region has more than 150 terms related to the cultivating and keeping of hives.

In 2012, genetically modified (GM) soybeans began to be planted in Campeche after the Mexican government allowed agrochemical giant Monsanto to move forward with large-scale operations in seven Mexican states. The practice of using GM crops for agricultural production resulted in damage to the region’s environmental health and spurred Pech and the Maya women’s collective she’s a part of. Concerned by the impact that these practices were having in her region, she led a coalition of beekeepers, NGO’s, and environmentalists in challenging Monsanto and the Mexican government, by placing a lawsuit to stop the planting of GMOs. The suit affirmed that since neither Monsanto nor the government had consulted the region’s indigenous communities, they had violated their rights protected by the Mexican constitution.

Pech knew that local bee populations along with the region’s environment more broadly were affected due to the pesticides and herbicides such as glyphosate which are used to grow the crops. Glyphosate is the primary agent in Monsanto’s product Round-Up, which is sold as a complement to certain GMO seeds that are designed to resist glyphosate. To support their case, Pech requested the help of academic institutions who could assist in documenting the impact that the presence of GM crops and associated practices had in the ecological well-being of the region. Researchers at the National Autonomous University of Mexico (UNAM) found genetically modified crops’ pollen in the local honey supply as well as traces of glyphosate in Hopelchén’s water and in urine samples taken from local inhabitants.

Three years after the suit was filed, the Mexican Supreme Court ruled unanimously in favor of the broad coalition and declared that that indigenous communities must be consulted before the planting of GM crops. The victory marked a significant upset for the transnational agroindustrial corporations and represented a twist in the Green Revolution’s story which has continued to unfold in Mexico and around the world.

Consequences of the Green Revolution

The Green Revolution is the name given to a series of techniques developed in the field of agriculture which, by the use of chemical fertilizers and pesticides along with high yield seed varieties, changed the way much of the food in our world is produced. In the 1950’s Mexico served as a guinea pig for the techniques being developed since it’s where Norman Borlaug (the “Father of the Green Revolution”), worked as a part of a joint venture between the Rockefeller Foundation and the Mexican Ministry of Agriculture. Ever since, Mexico has been on the front lines of its implementation as well as the resistance against its consequences.

Although the techniques developed in The Green Revolution serve to increase agricultural production, they are problematic in that their side effects are often devastating to the environment and to countless peoples’ way of life around the globe. Perhaps most importantly, the techniques of the Green Revolution require enormous amounts of water, calculated by some to be ten times the amount needed for traditional methods. Synthesized chemicals used as fertilizers are known to contribute to a host of environmental issues, including acidification of soil, contamination of surface and groundwater, and increasing the levels of nitrous oxide in our atmosphere, the third most prevalent greenhouse gas in our planet. Due to their high cost, the techniques are mainly used by large-scale operations that have the means to invest capital. Consequently, the immense majority of farmers around the world that work on a small scale are excluded from this model. When smaller farmers are able to purchase the equipment and the fertilizers/pesticides necessary for this kind of farming it is only by taking out enormous loans which saddle them with long-term debt.

In Defense of Health, Habitat, and Culture

The problematic nature of these techniques is difficult to curb in part because they are highly lucrative for the extractivist companies that wish to implement them. The ruling in favor of Leydy Pech’s coalition has not stopped her from continuing to raise awareness for these issues and organizing her community to protect their territory and their traditional way of life. “Frankly, right now, all the programs destined for the countryside are not designed for the farmer or the indigenous Mayan, they are designed for the modernization of the fields, but this is for businessmen and their industrial agriculture.”

As 2020 came to a close Mexico’s government reaffirmed its stance against the use of glyphosate and made the decision to ban GMO corn in the country. These advances have been welcomed by environmentalist communities but advocates have also pointed out that the battle is far from over, with many agroindustrial farms continuing to use the GM soybeans and glyphosate in the region. Pech’s work serves as an inspiration for people around the world whose environment and way of life are in peril due to the destructive impact of unfettered, neoliberal agroindustry. For Pech, “Caring for our lands is caring for ourselves, and if we do not do so we will disappear.”

Photo of Leydy Pech via the Goldman Environmental Prize. 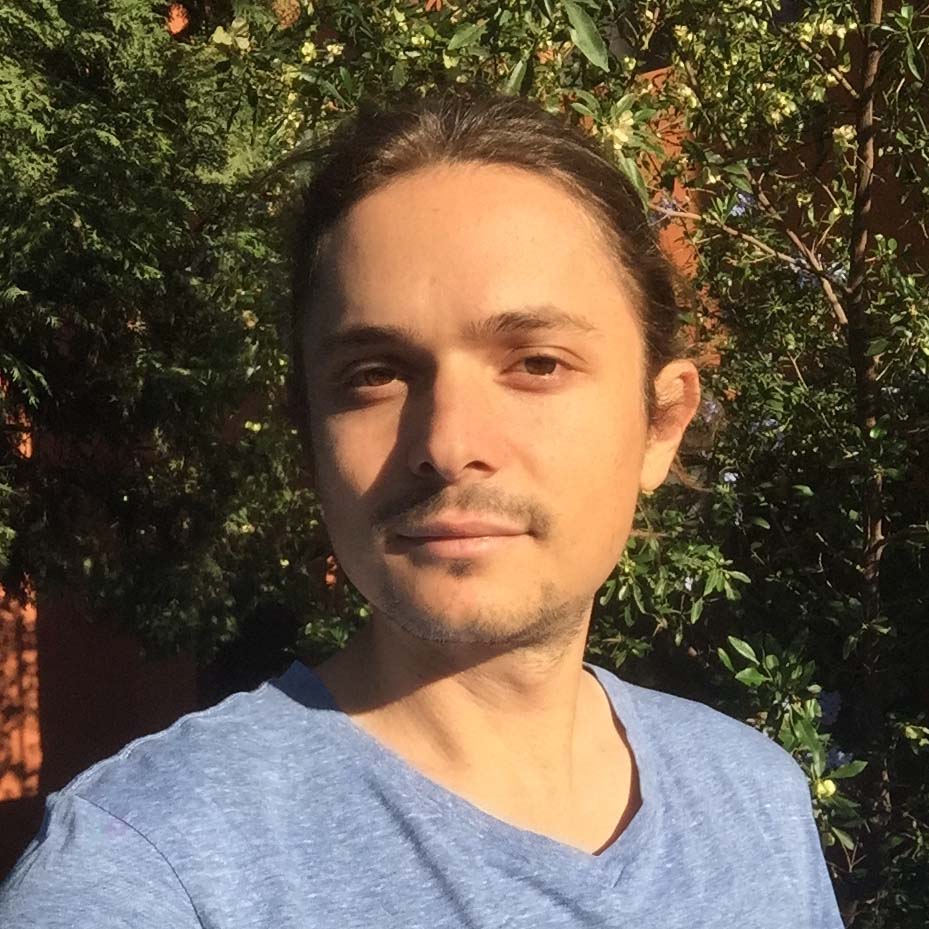 Sacred Plants in the Americas II