Journeys To Other Worlds 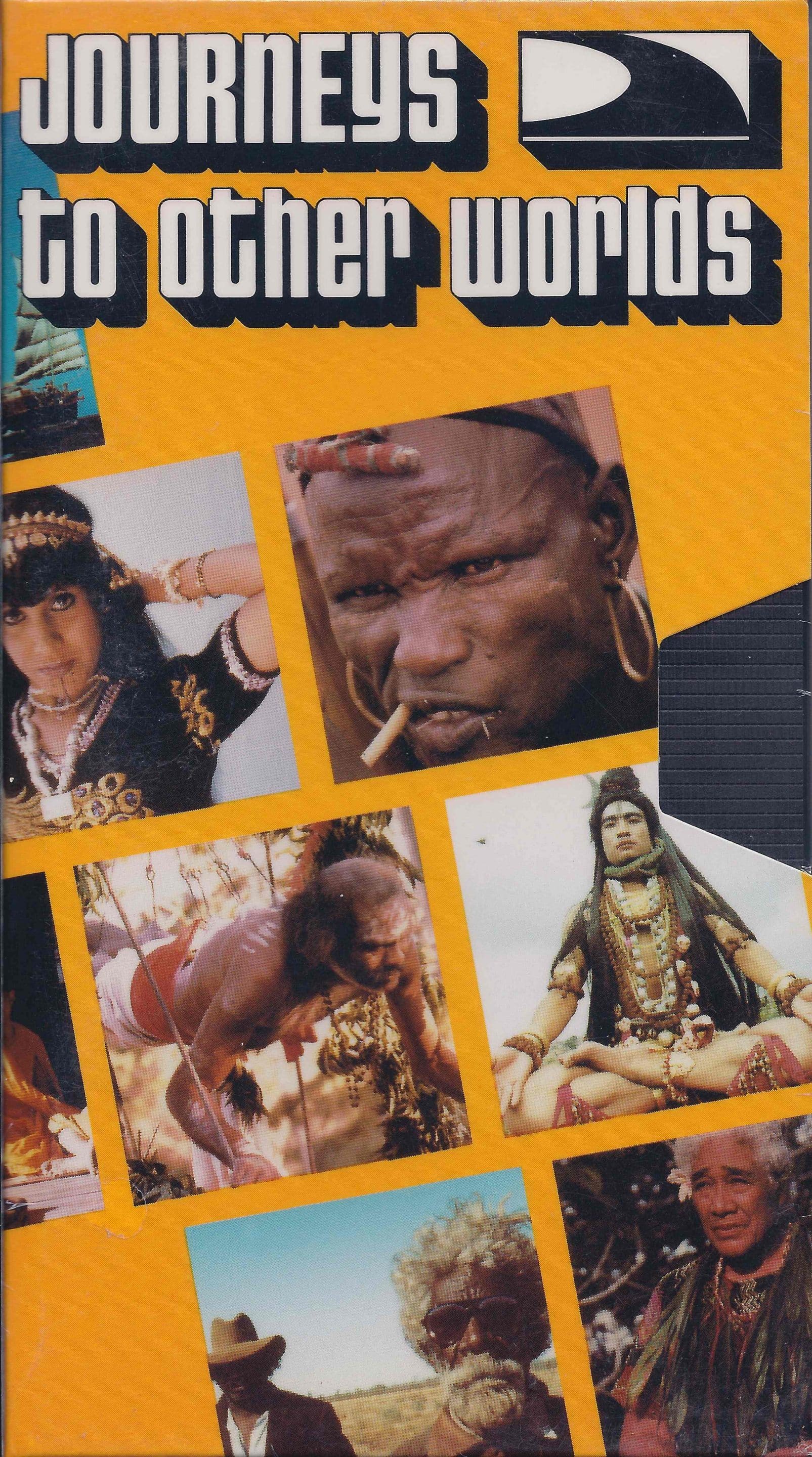 This six volume series designed for showing in any order, was filmed during the ‘Around the Tropic World ‘ Expedition- a three year expedition in which the Research Vessel Heraclitus sailed over 30,000 miles and called into 40 ports in 25 countries on her course to circumnavigate the globe at tropical latitudes. – OUT OF PRINT

This remarkable series explores encounters with eleven cultures of the tropic world.

This six volume series designed for showing in any order, was filmed during the ‘Around the Tropic World ‘ Expedition- a three year expedition in which the Research Vessel Heraclitus sailed over 30,000 miles and called into 40 ports in 25 countries on her course to circumnavigate the globe at tropical latitudes.

Volume 1:
The Expedition (Around the World from San Juan, Puerto Rico)
“Rainforest Rhythms.” In the rugged Darien Gap, borderland between Central and South America, live the Choco Indians, who reveal a life harmonized with the natural rhythms of the rainforest.

Volume 2:
“Prince Laupepa’s Vision.” The heart of Polynesian culture, seen through the eyes of Prince Laupepa, whose ancestors won chiefly title nearly one thousand years ago. A vision of magnificent scenery, architecture, love, and feasting. “An Actor’s Afternoon.” In a remote Melanesian village, from time to time a villager/actor, as in an ancient Greek chorus, steps forward to incarnate a role and demonstrates to the village the consequences of a certain action.

Volume 3:
“Dreamtime Walkabout.” Having completed the rodeo and cattle roundup, a young Aboriginal is taken on walkabout by the ‘last old man of the desert,’ an Aboriginal elder who can sing to hills. A journey to back of back of beyond.”The Moment-by-Moment Harvest.” West of the Mekong River, time remains to appreciate the trail of sunlight in the water, to enjoy the rhythms of harvest and the making of silk, a way of life preserved by Buddhist culture.

Volume 4: “Where the Gods Dance.” Nepal-abode of the gods, theater of wonders, rooftop of the world- where Shiva, symbol of the power of creation and destruction, still dances over the body of sleeping humanity. A Hindu funeral and cremation inspires a young man to seek a teacher and master the dance of Shiva.”Chambal the Untamed.” Views of legendary Dacoit bandits in their dreaded hideout country the Chambal Ravines, where the price of gang membership is a daylight killing before witnesses. The stone workers mining and shaping rocks that built the monuments of the Mogul Empire, the Raj, and the great hotels of today. The mining economy maintained by one family who still continue their authority in the midst of banditry through a blend of feudal respect and superior firepower.

Volume 5:
“Secrets of Kataragama.” Revelations of the festival at Kataragama, where initiate yogis, seeking the ecstasy of transcendent wisdom, perform practices which aid them in transcending the senses, the mind, and the emotions. The festival climaxes in the dances accompanying the sacred elephant procession.”Queen of Sheba’s Bequest.” The beauty and glamour of Arabia Deserta, traversed by ancient spice routes, bringing great wealth to the Kingdoms of the Hadramaut and Shabwa. The Yemeni traders still thrive today, living in abode “sky-scraper” cities whose mud brick buildings stand more than nine stories and are over five hundred year old.

Volume 6: “Warriors at Home.” Considered by many to be one of the last unexplored wilderness areas, the Omo region maintains its remote character by crocodile infested waters, wild cheetah and boar, and semi-nomadic warring tribes. The women of the Omo adorn themselves with large clay and wood lip plates. The warriors keep in condition by fierce stick fighting. “Konso Chronicles.” Tilling rocky fields by hand, these hard working terrace farmers have established a subsistence economy, architectural beautiful hillside villages, maintain a weekly market, and enjoying the fruits of hard work, take time from their tilling and plowing to dance in celebration of a local marriage.

All documentaries are half an hour long and two on each video volume.

Please email books@synergeticpress.com for special order of this series.

Be the first to review “Journeys To Other Worlds” Cancel reply